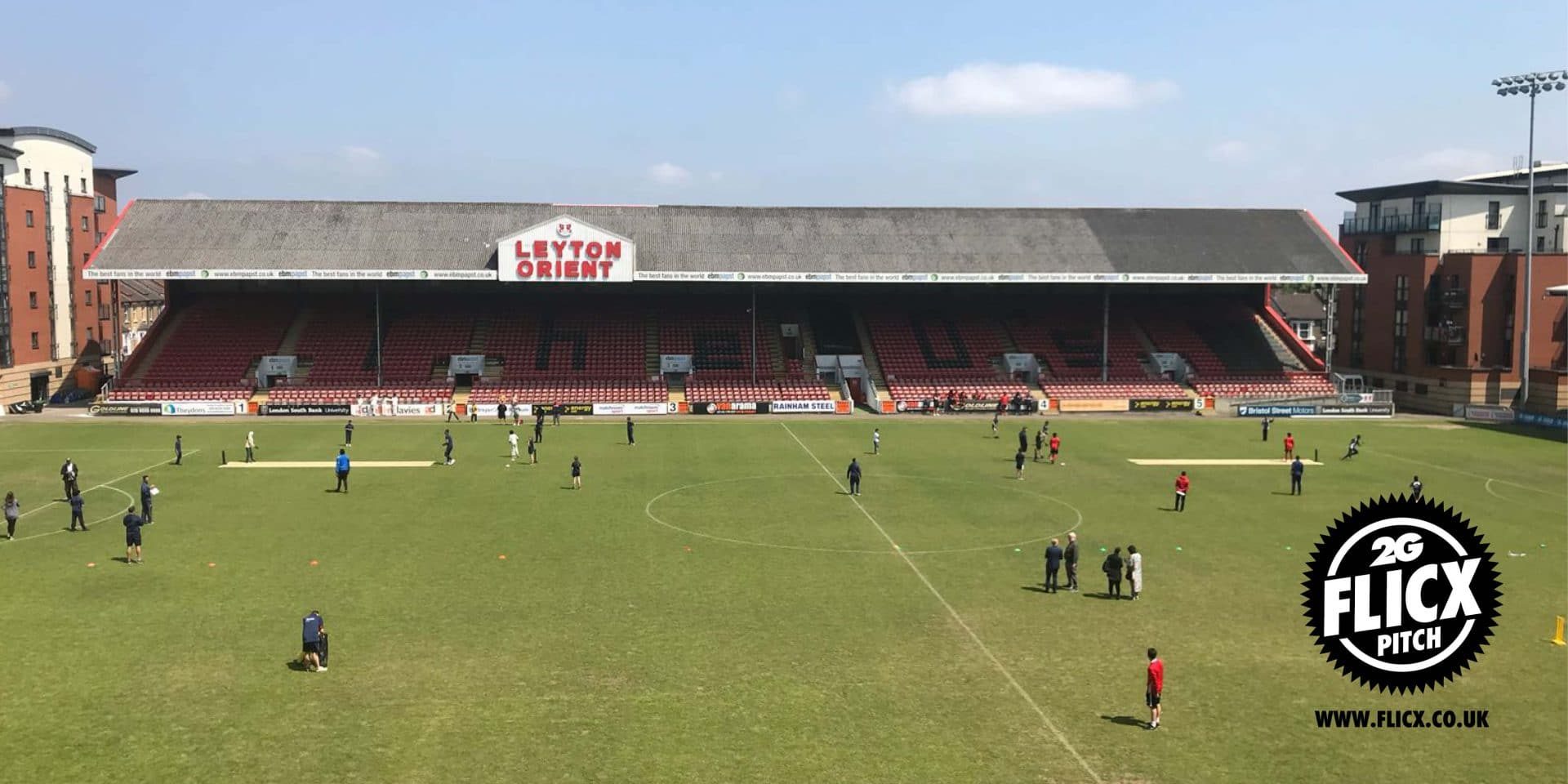 One of the most popular applications of the 2G Flicx Pitch is converting Football or Rugby fields into cricket pitches. Last week we partnered with Essex Eagles Cricket to help Leyton Orient Community Trust host their annual cricket festival which involved inviting local schools to play on the pitch at Brisbane Road. Over 200 participants enjoyed cricket games throughout the day including 5 primary schools, 4 / 5 secondary schools, 1 Special school, 6 Community teams and 2 women’s teams.

At this event, tape ball cricket was played and the bounce was excellent, but an incrediball or leather cricket ball could also be used. With a 2G Flicx Pitch it is now possible to play cricket on a football pitch!

As you can see from the photo, one 2G Flicx Pitch was split into 2 batting ends (how it is supplied) so Leyton Orient’s pitch was converted into two cricket areas, engaging more players; before it was zipped together in the middle later for a larger senior match over the full 22 yard distance.

Speaking about the performance of the 2G Flicx Pitch, Essex Cricket’s Dan Feist said “The 2G Flicx Pitch that was used at Leyton for the tornado tape ball event was a great surface for the games to take place on providing the pace and bounce that the players had asked for to encourage good standards of game play during the evening.”

Tape-ball is growing in the UK, particularly among South Asian communities. WATCH this great video from ESPN (used with kind permission from Essex Cricket) is a great review of the event and Tape-ball crickets popularity. Fabulous example of partnership working

WATCH: @ESPNcricinfo popped down to @leytonorientfc to follow the Tornado Tape Ball Festival that was organised in partnership with @EssexCricket, @lotrust & @wfcouncil.

For more information about how to use the 2G Flicx Match Pitch to play cricket on a football pitch click here or call us on 01295 816765 for more specialist advice on how the 2G Flicx Pitch will perform for your application.