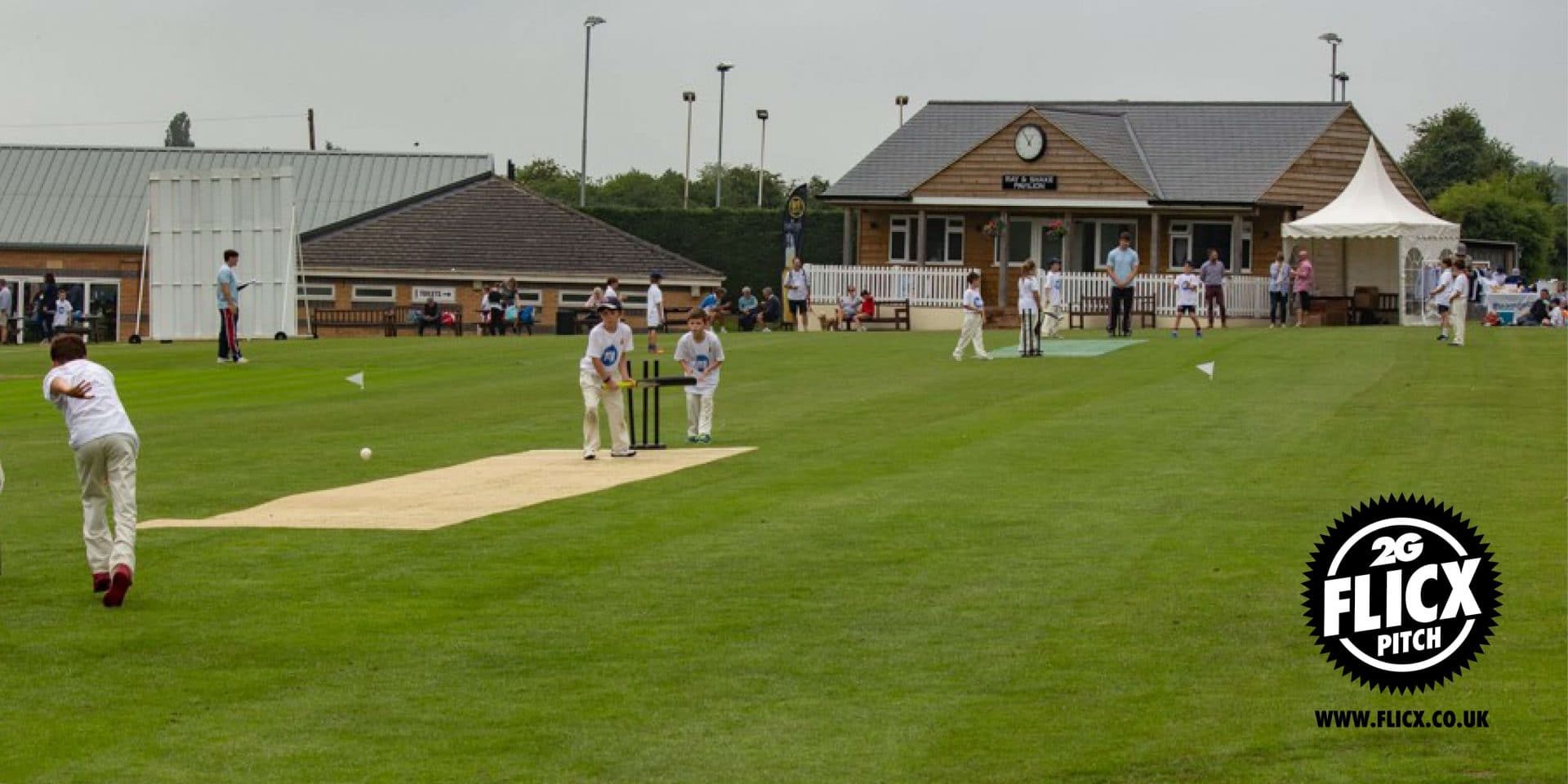 2G Flicx Pitches were used to host a Kwik cricket festival at Ketton Sports Club last Friday as part of former England Cricketer Dean Headley’s Sport Bash event. This fun filled family sports day supports The Matt Hampson Foundation. Four 2G Flicx Batting Ends (two beige and two green) were placed on the outfield and the only preparation required was to cut the grass short under the wickets. These portable, roll out wickets hosted the BGL Kwik Cricket Cup and Plate over the course of the day.

’’With the growing number of teams that entered this years BGL Kwik Cricket festival at Sport Bash 2018 we needed to increase capacity on the Ketton Cricket Club oval to help increase growing participation, the additional cricket fields created by dividing the oval into 4 smaller fields. Using the 2G Flicx cricket pitch was huge successful with players, coaches and parents alike all having a great time.

The true bounce off the 2G Flicx cricket pitches ensured that loads of runs was scored and the fact that you can just roll these wickets out in the outfield after cutting the grass short meant that the ground staff were not overworked by having to cut, roll and paint wickets where the bounce would not have been as good as it was on the day using the Flicx cricket pitches.’’

After a great day of cricket Uppingham U9’s won the final by 14 runs whilst Stamford U9’s won the Plate Final against Bourne. This ground utilisation concept was described by Ashley Appleby in #AskAsh and it’s becoming a common request from national and local cricket associations looking to boost participation in areas of limited space. 1 oval can be divided in 2,3 or 4 junior cricket pitches.