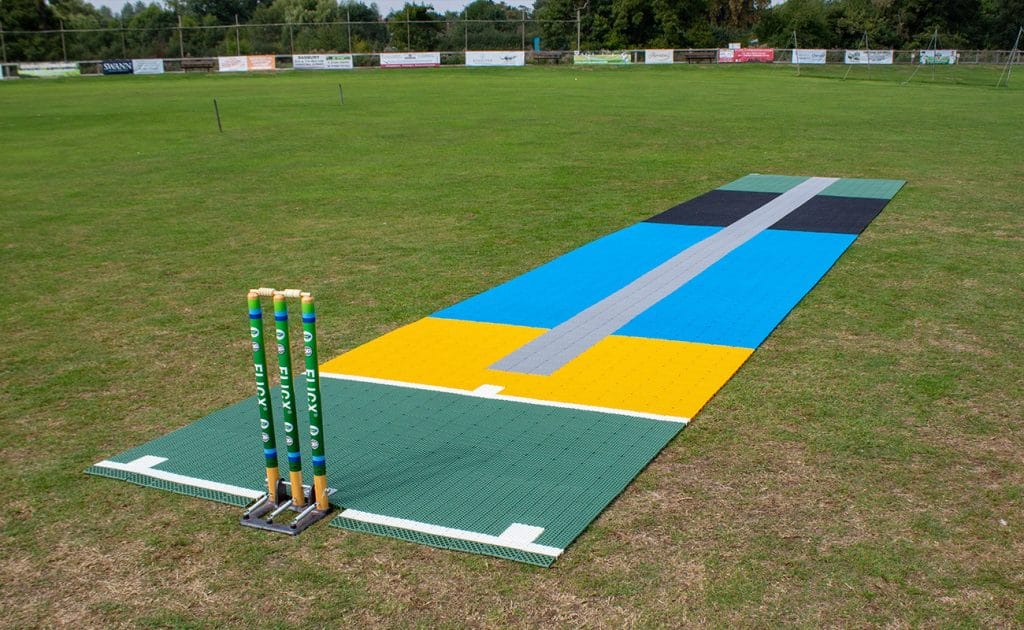 Flicx UK launched, to the trade, their new 2G range of portable, roll out cricket pitches at Lord’s- The Home of Cricket. 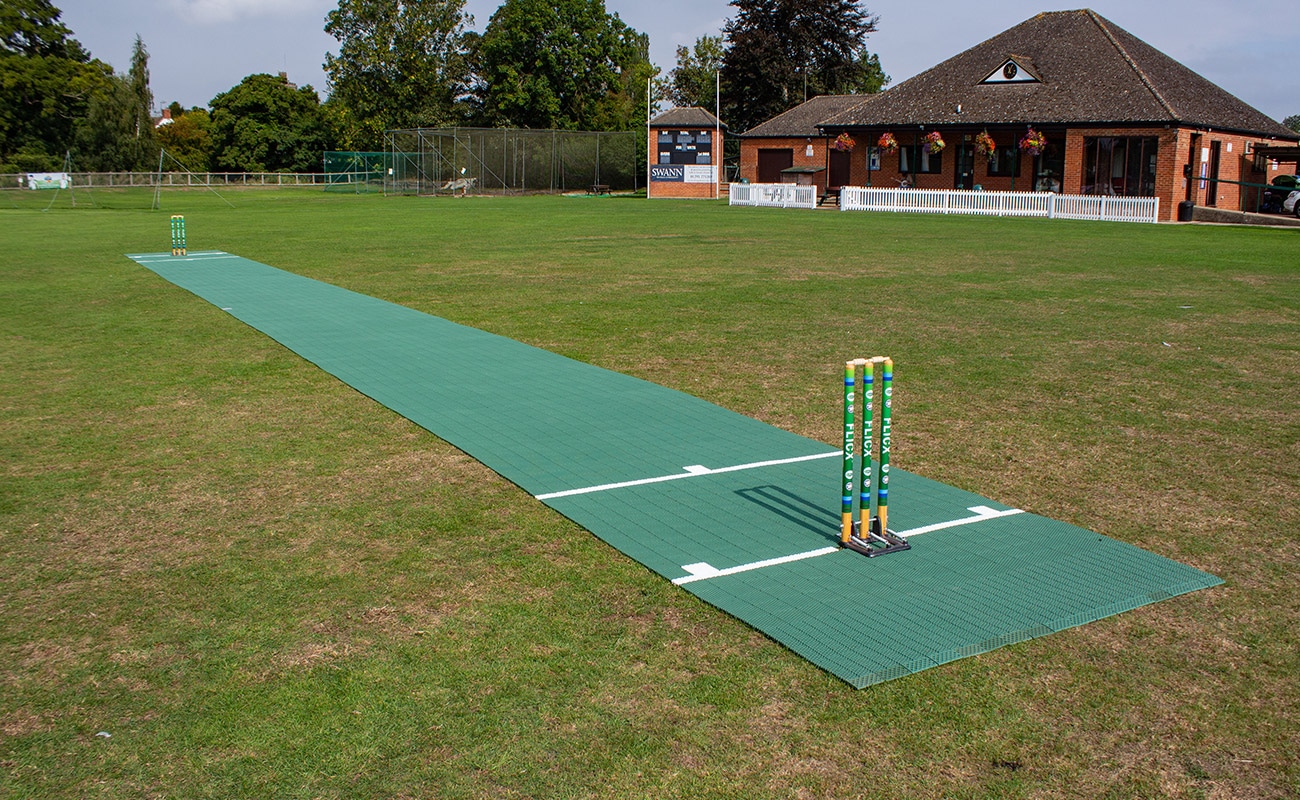 The new 2G material creates a much superior surface on which to play cricket with improved bounce as well as better spin and swing performance on the UK made plastic which is softer and easier to work with when rolling it out. Other developments include additional colours in the product range with customers being able to choose their pitch colours and brand it with sponsors or club logos.

In addition the 2G pitches have reduced slip and we have some fantastic new designs including a skills pitch which is great for coaching young players on with markings to help bowling length and consistency. The 3 designs, the 2G Flicx Match Pitch, the 2G Flicx Skills Pitch and the 2G Hawkeye Pitch each come in 6 different lengths with the Skills Pitch also available as a small 4 meter Throwdown.

We are sure that the Flicx 2G surface will be very popular with clubs and schools for both matches and practice in the nets. A Flicx Pitch uniquely allows any surface to be transformed into a cricket pitch, taking the game to new markets. Simply roll it out on a flat surface such as astroturf, rubbercrumb or concrete or divide your grass cricket pitch into 4 junior pitches to maximise your space. Your Flicx pitch can either be rolled out each time you use it or installed into the ground for a more permanent surface, which allows the grass to grow through it, making for a great value pitch option for your club.

Today, the New 2GFlicx Pitch has been developed and manufactured in Great Britain for British conditions, “We are very excited about the performance of the 2G Flicx Pitch” says Richard Beghin – Developer of the Flicx Pitch.  “We believe it will suit the wetter English conditions than the original pitch, with improved nonslip properties. 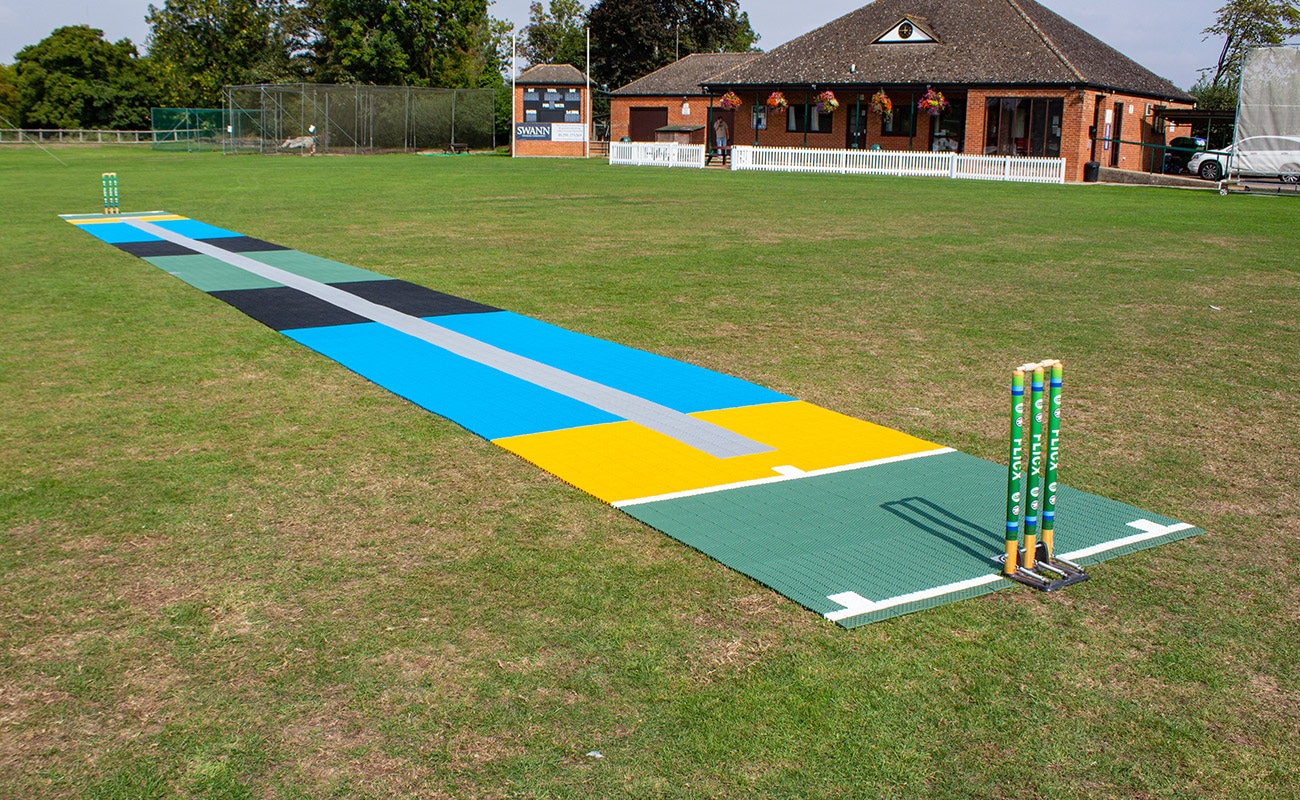 At first glance it appears that there is not much difference between the new 2G Flicx Pitch and the original Flicx Pitch, It’s the same 4 inch square tile that clips together like Lego – however on closer inspection you will see that the surface has changed.  “We have reduced the protrusion that was dominant in the original pitch- this has given us a far superior playing surface- This strangely has given us improved bounce, assisting spin and seam movement and has the added benefit of reduced wear on the ball” says Beghin

The 2G Flicx Pitch can be laid on any flat well prepared surface-  It can be rolled out before or after each game or it can be left for the season – in which case the grass will grow through it giving a “turf” effect to your new playing surface.

We certainly feel that the new 2G Flicx Pitch will extend the market into clubs and schools… especially where old synthetic pitches have lost their shape and performance – The 2G Flicx Pitch can be simply rolled out on top of the surface without the major cost of replacement or resurfacing.

The new range now includes the exciting 2G Flicx Eagled-eyed and the 2G Flicx Skills Pitch.  Different coloured tiles have been used to identify zones- these can be used by bowlers and batsmen alike to assist in the development of their cricketing skills.

“ You can now choose the colour of your pitch, you can choose where you want your target tiles-  This is a pitch that can be  assembled to each school or club’s needs  “ says Kate Costin, Flicx UK Marketing Manger  “ We have been listening to  Cricket Australia’s  Development squad-  who are looking at bright colours and a fun element  to attract youngsters to the game.  This all forms part of T20 cricket where colours shorter games and increased involvement are bringing youngsters back into the game”

Notes to the Editor: The Flicx Pitch is the brainchild of South African entrepreneur Richard Beghin who wanted to help make South Africa a better country to live in, and his passion for his country and his love of cricket led him to develop the Flicx Cricket Pitch.  After moving to the UK, Beghin received hundreds of pitch orders to support the growth of grass roots cricket and many clubs and schools have benefited from them since. The new 2G surface is an exciting development for the company and see’s UK manufacturing of the pitch for the first time with new designs and the ability to fully bespoke your pitch with branding and colouring.