Warwick School Tournament, Middlesex in the Community and get your game started quicker 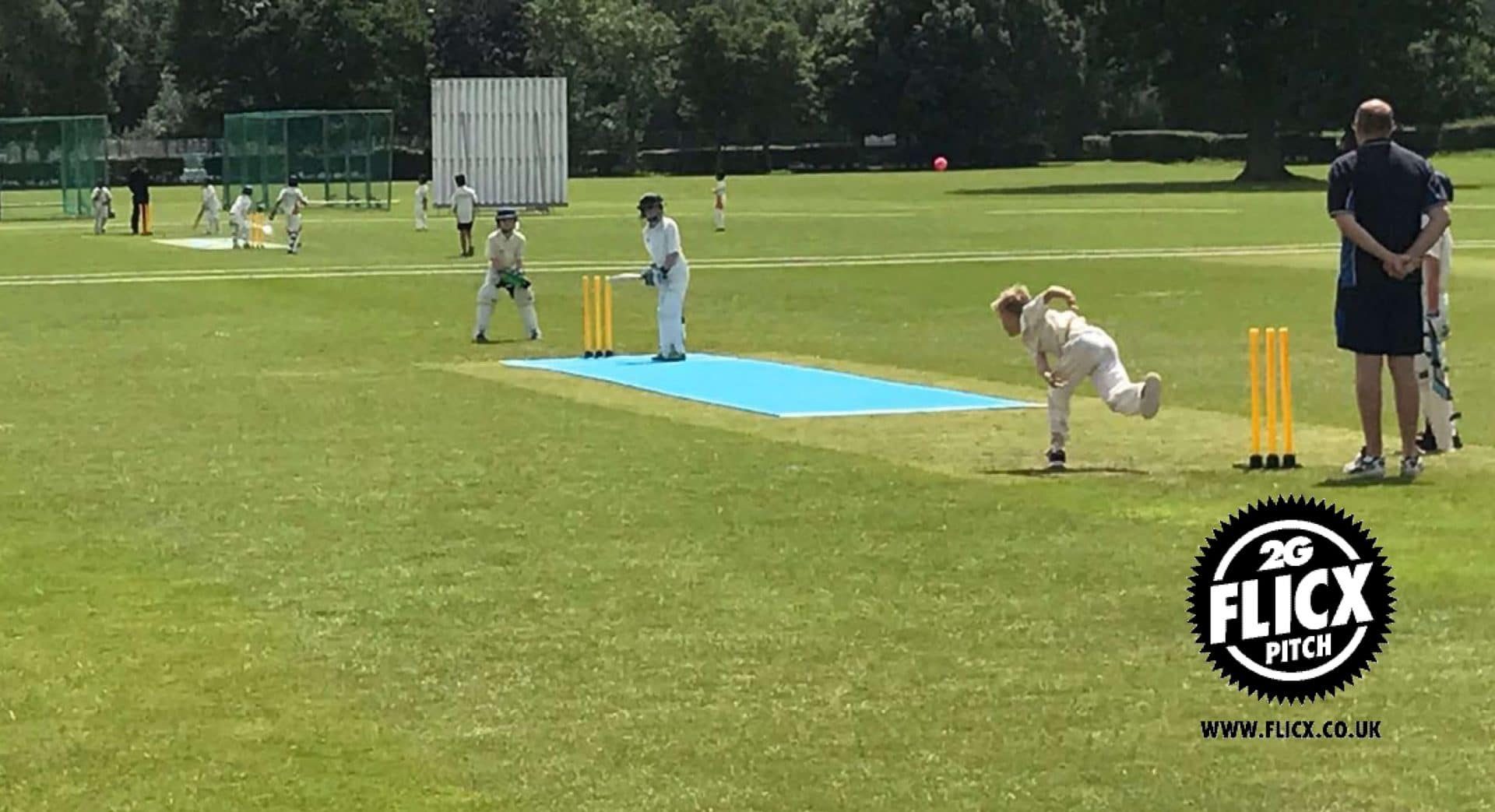 Warwick School cricket festival was a massive success. Flicx UK were very happy to help facilitate the many 8 over matches on the outfield using our blue 2G Flicx 10m batting ends. The format allowed for softball cricket in the morning then hardball cricket in the afternoon (the new 2G Flicx pitch makes it possible to use both types of balls). To use the 2G Flicx Pitch on your outfield, you simply need to cut the grass down short (10-15mm) then roll the pitch out on top.

Middlesex in the Community

In recent weeks the Middlesex participation team have been out and about using their Pinky’s Pavillion 2G Flicx Pitch at various events, laid on various under surfaces. Events have included the Middlesex Schools day at Lord’s, Allstar’s Cricket at the Westminster Mile and most recently at a pop up event in Hounslow town centre. Not only is the pitch versatile and portable, but it also adds alot of fun and excitement to the Middlesex events programme with the coaching tiles, helping to focus the attention of bowlers when pitching the ball.

New upgraded 1/4 2G tiles in the crease has made a big difference in terms of the speed the 2G Flicx Pitch settles. The pitch now settles in half the time and flattens instantly allowing games to commence faster than previously. We recommend you lay the pitch an hour before use although the condition of the under surface and the weather will both impact on how quickly it reaches optimum pace and bounce.