Beach Cricket | The Story of The Spoonbill Trophy 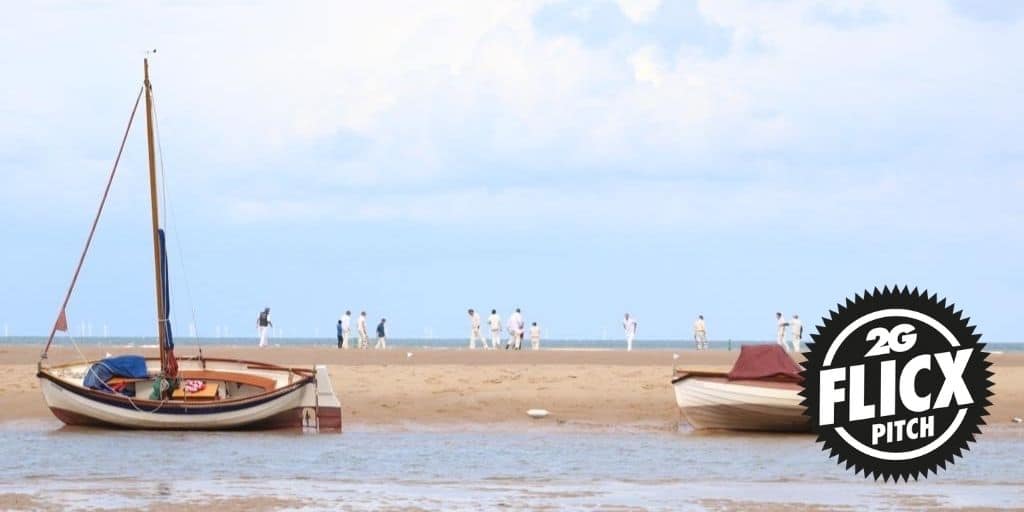 Every summer, thousands of beach cricket games take place up and down the coastline in the United Kingdom. Some with driftwood for stumps, lines in the sand for creases and your best mates in the slip. However, No beach cricket game has looked quite as official as the Spoonbill Trophy back in 2019!

The idea came about from Charles Skinner taking walks on the coast of Blakeney, Norfolk and had heard rumours of beach cricket games taking place on Blakeney Point. On further investigation, they were only rumours.

Charles set out to make it so and found the perfect location after various “controlled experiments” out on the boat with local fisherman and seals watching on in amazement. About 1 kilometre West of Blakeney Bar, a raised bank which appears at low tide, he found a unique strip of sand about 100 metres long and 30 metres wide which was compacted and flat as soon as the tide went out. Perfect for beach cricket! 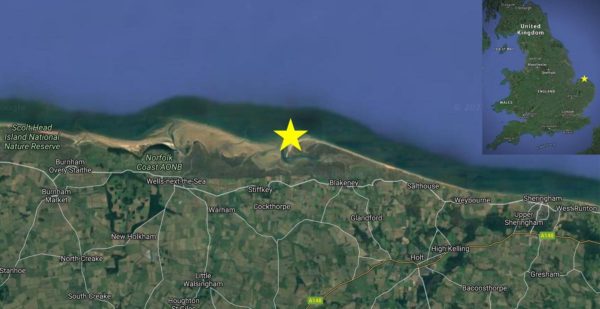 Hosting a beach cricket game of this nature is no easy task. Playing a match with equipment and kit, plus players, umpires and spectators, all whilst the tide was racing in and out to reveal and then recover the pitch provided plenty of opportunity for things go wrong. Charles planned accordingly, finding the highest tide of the year, meaning the lowest tide also – giving the biggest window possible throughout the day to host. Sunday 1st September 2019 being the date.

Charles then began researching surfaces to make the game playable. Starting by looking into coconut matting and artificial cricket wickets as a potential option, however on further inspection these seemed unfit to play on.

Charles found 2G Flicx Pitch through a search engine and immediately knew he had found the solution to make the game possible. Charles contacted and then visited Flicx UK HQ in Northamptonshire back in 2019, and after after discussing the 2G Flicx Pitch Range with our very own Gary Luke, left with a pitch set for the fixture!

With all the fine details tended to, there was one job left to name the event! It seemed only fit to name the event after the uncommon bird of the area, the Spoonbill. With the added incentive that the first sighting of the day would win the lucky bird watcher a bottle of champagne! 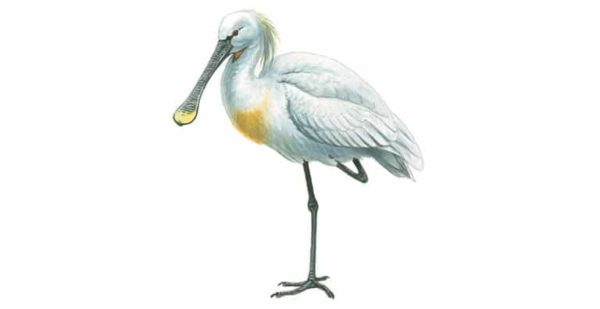 With Flicx Pitch in arm, boats at the ready and a special trophy made by Charles’ daughter. The ground staff had given the go ahead for the match! Teams were made up of present and former club cricketers from the local area, with Charles Skinner and Piers Lea captaining the sides. 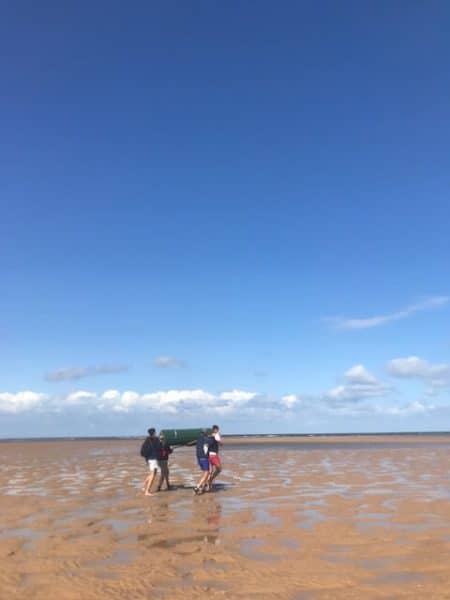 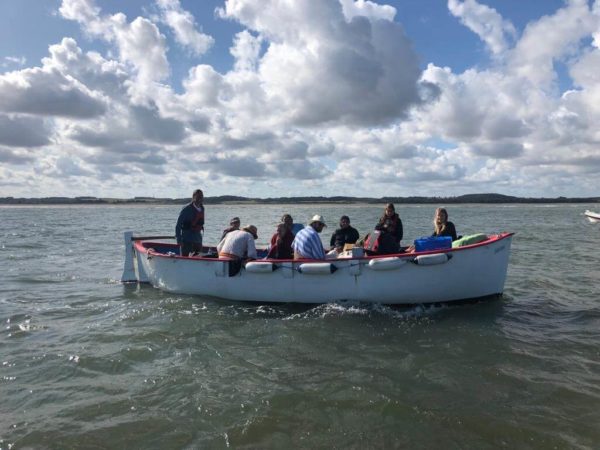 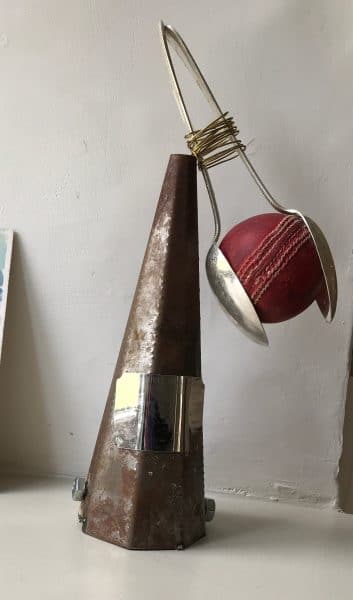 Getting out to Blakeney Bar was no easy feat! See below the directions and map from the match day itinerary:

The day itself went perfectly! Getting out to the bar early, rolling the sand where the 2G Flicx Pitch was to be laid with a hollow lawn roller filled up with sea water and setting up swiftly. The venue was set with boundary markers, stumps and teams in whites! Sailors visited during the game as they thought they were seeing a mirage – on closer inspection, they found they weren’t and stayed to spectate and have refreshments.

After 25 overs a piece, the scores were as follows:

An excellent case study of how 2G Flicx Pitches can make cricket possible in the most unlikely of environments, whilst also serving practical functions at Clubs, Schools and Associations globally.

Gallery | Swipe or Scroll through the Day’s Images 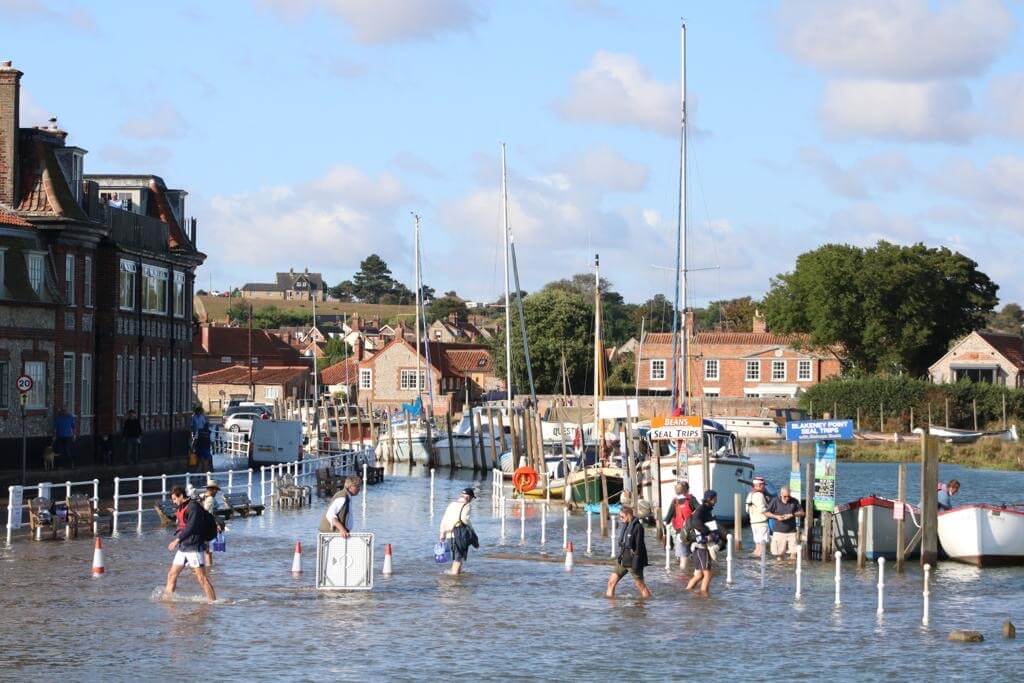 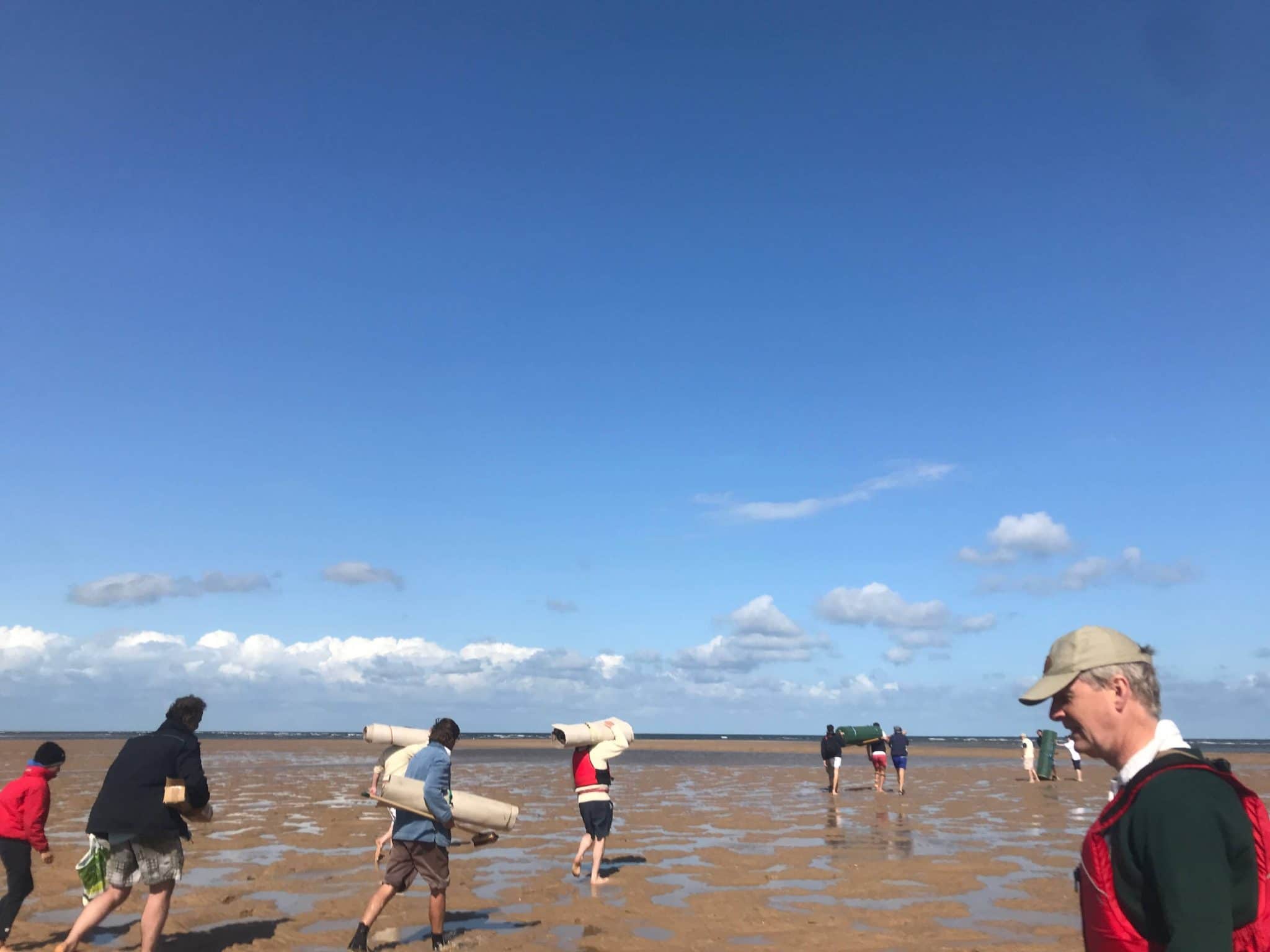 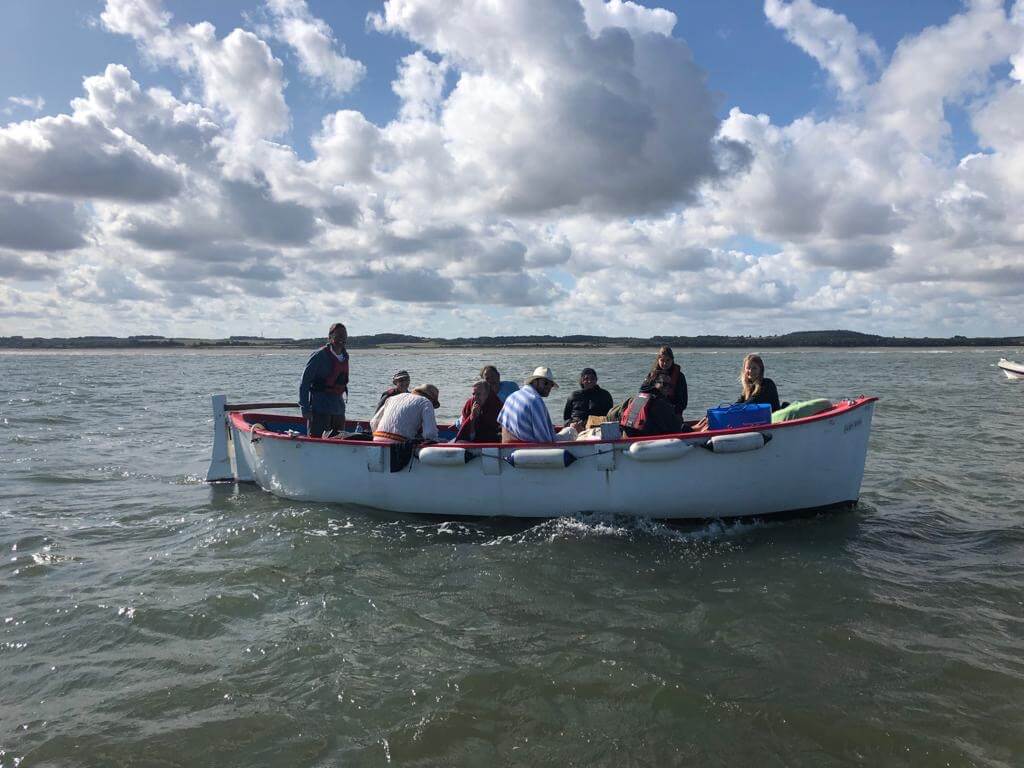 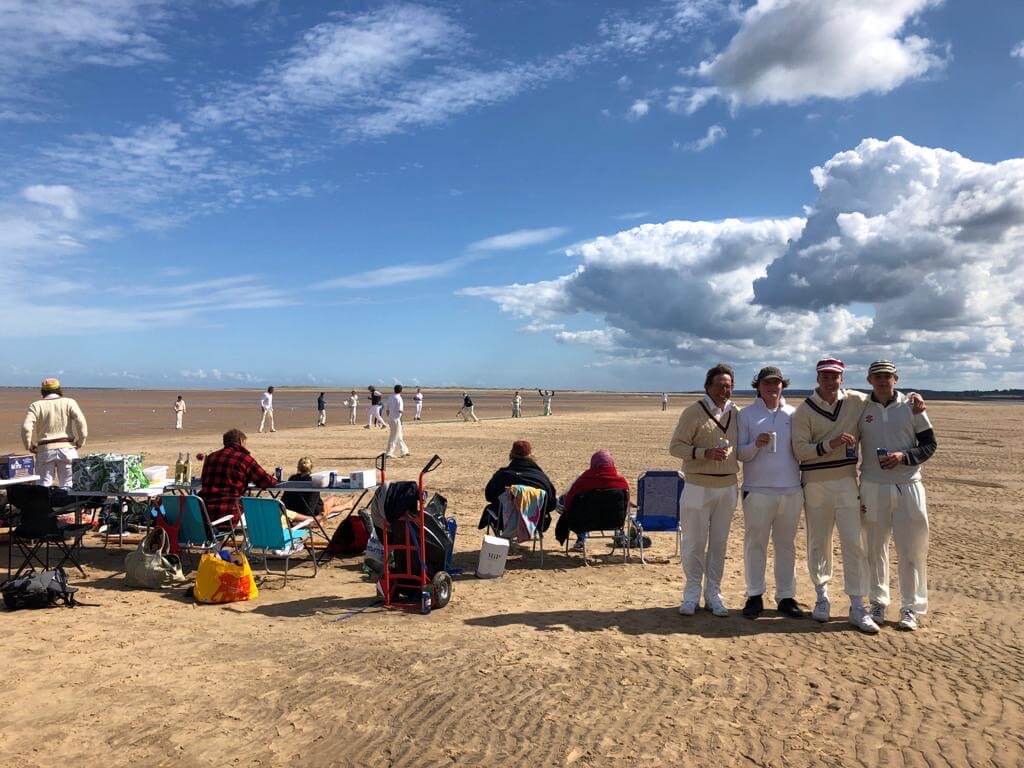 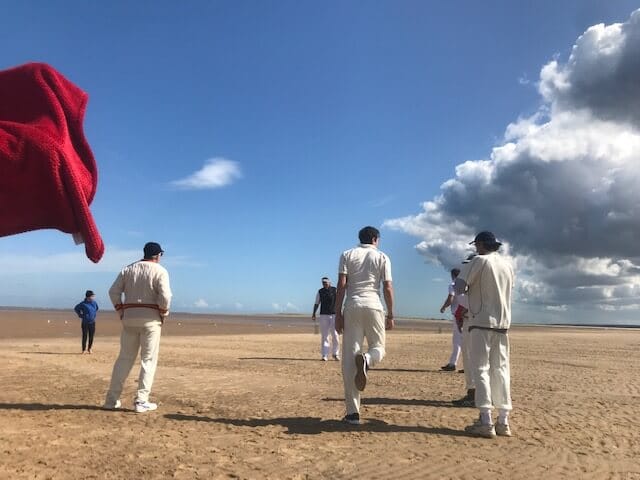 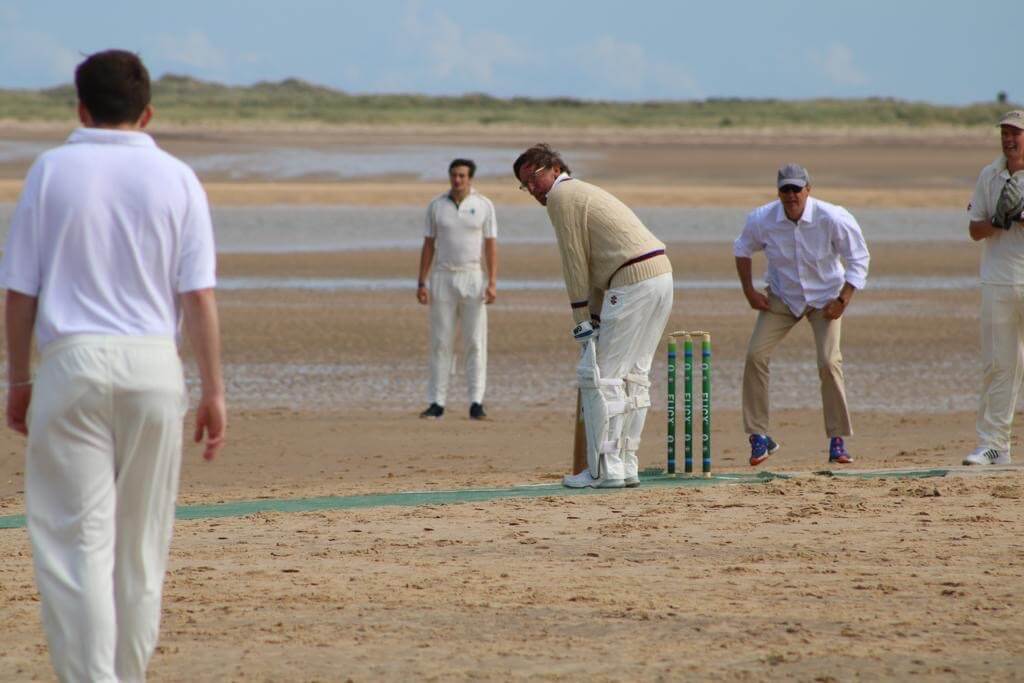 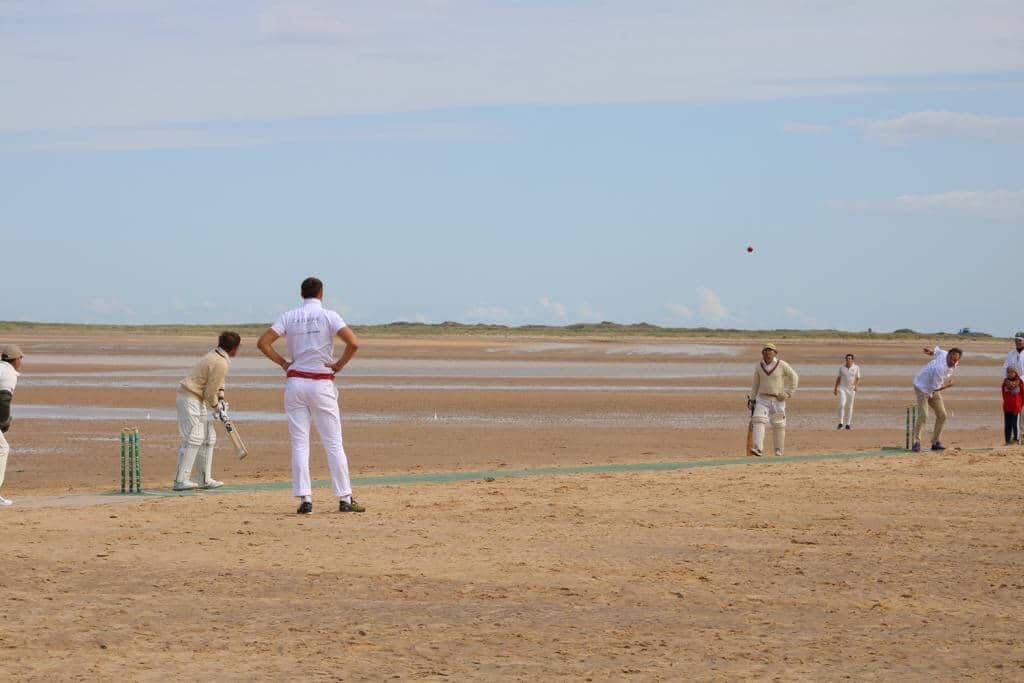 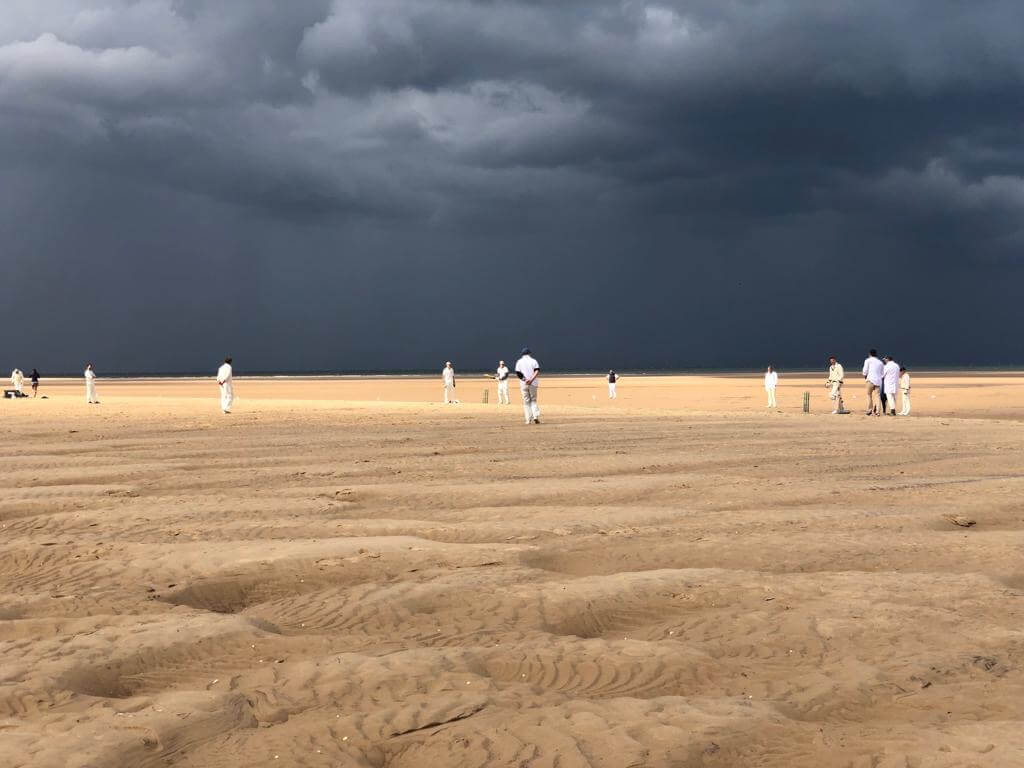 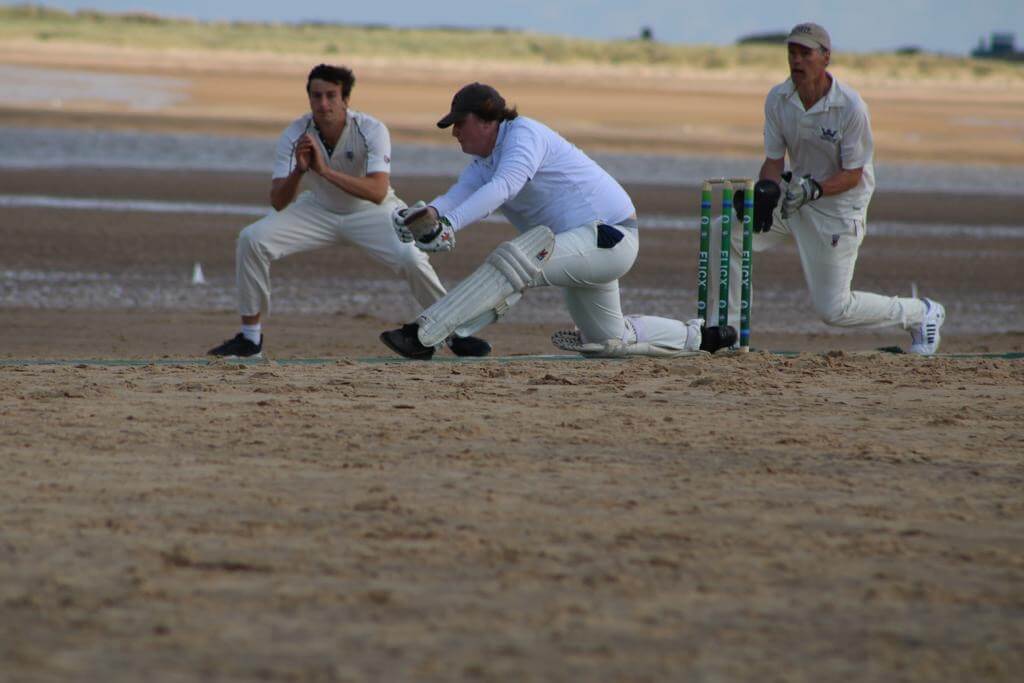 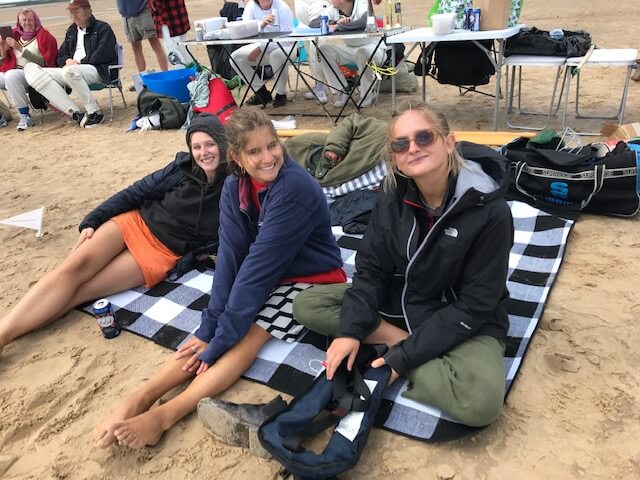