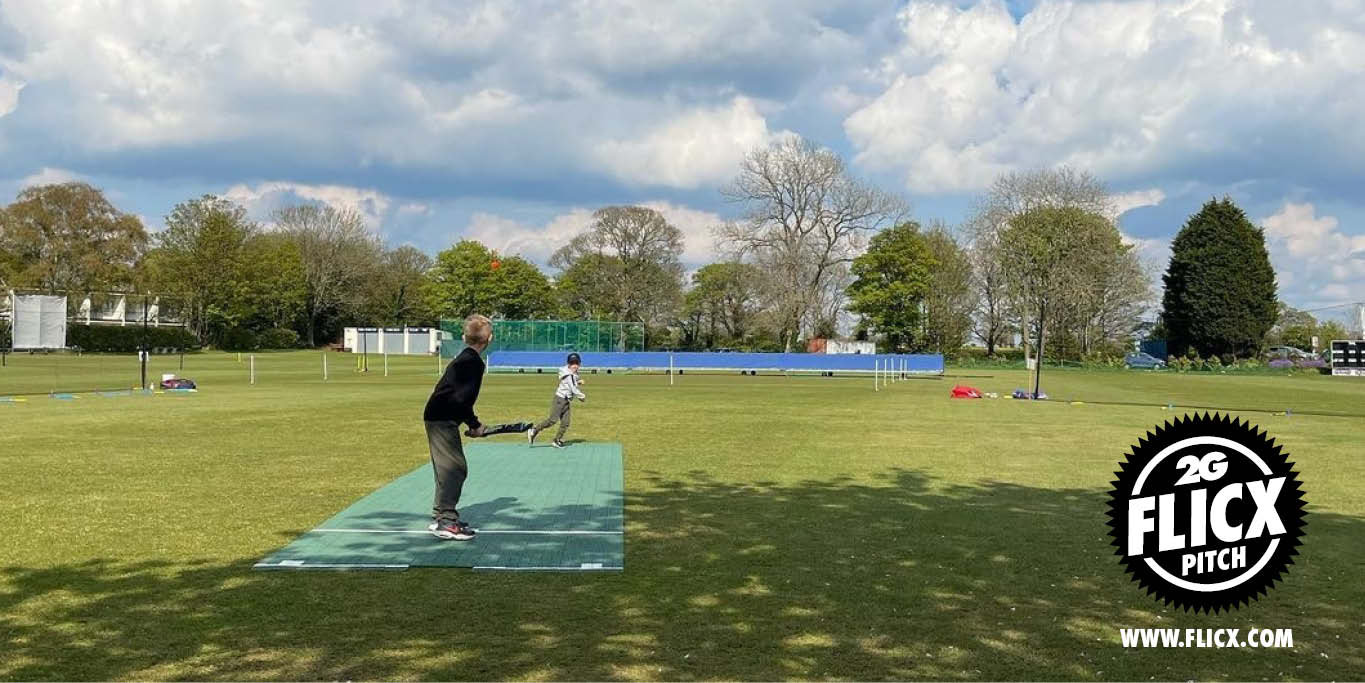 Owen Dawkins, Gloucester CCC Batting Coach, is a huge fan of the 2G Flicx Pitch and its multitude of benefits for clubs and schools. Owen was kind enough to give up his time to report back to us on where he see’s the biggest value in the product and how it is benefitting the players he is working with at Tockington Manor School, Thornbury CC and Rockhampton CC, where Gloucestershire 2nd team play their home fixtures.

Discovering an outstanding surface for cricket

Owen first came across the Flicx Pitch whilst on a Central and East Aftica tour with the MCC over 20 years ago where his cricket match against Uganda was played on a Flicx Pitch rolled out straight after the ground hosted a polo match with the playing surface being “outstanding”. Dawkins immediately saw huge potential in it facilitating the sports development in emerging cricketing countries.
Years later conversation was struck up with Steve Snell, Academy director at Somerset, who had taken part in a cricket match on a Flicx Pitch in snow with both men agreeing that the pitch was a truly unique product that enables you to play cricket almost anywhere, in all conditions. Wow what a game changer and what a huge asset this product would be to all cricket clubs. 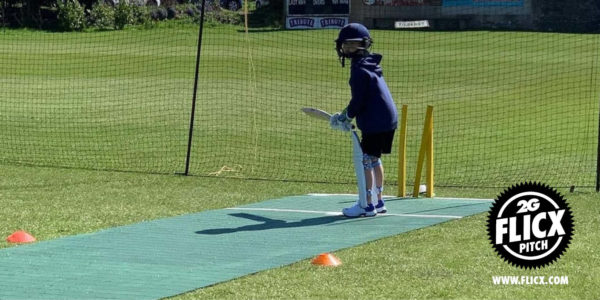 Off the back of Owen’s recommendation, Thornbury Cricket Club purchased a 2G Flicx Match Pitch in Autumn last year and the pitch has dual usage by both parties hosted at Tockington Manor School which is small prep school but with a growing appetite for cricket.
Both the club and school are using the 2G Flicx Pitch extensively to increase capacity with all four U11’s teams playing on the pitch whilst other junior age group matches are hosted on the outfield to by splitting the pitch up into batting ends. Indeed, it is only though having this pitch that the club has been able to grow to 4 sides in this age group!!

It is Owen’s belief that for players at U11’s and U13’s that the 2G Flicx Pitch is the best surface for kids to play and more beneficial than grass as the bounce is better so young players get more chance to hit the ball thus playing more shots and therefore get more enjoyment with skills fast-tracked.

In terms of performance rational Owen has noticed that younger players playing on a 2G Flicx Pitch are ahead of their peers as it uniquely allows shots to be learned playing off the back foot as the ball bounce is truer more giving a batter more time. The 2G Flicx Pitch experience puts players ahead of the game in terms of their development and capability to play off both the front and back front from a young age and otherwise back foot shots have to be coached in older players.

Around 70 of Tockington Manor Schools Thornbury CC cricketers were still playing all through the winter this time with the same 2G Flicx Pitch rolled out on the schools astro with the ability to play under floodlights. This gave the school and Club an increase in player participation and the ability to host cricket still even when the weather was not great (without the Flicx Pitch the cricket session might ordinarily be cancelled). Harry Hawkins, who heads up the junior section at Thornbury CC, ran a Super 8’s format which had great feedback in terms of player enjoyment and retention throughout the winter whilst coach Dawkins also picked up on big strides in youngster skill development during this time.

Increased Capacity for training and matches

Rockhampton CC were looking to increase their training and playing capacity so also decided on a 2G Flicx Multi Age Pitch which accommodates senior and junior matches on the same roll out wicket. The club are using the pitch currently for

RCC have doubled their net capacity and use the Flicx Pitches portability to train on the main square and different areas of the outfield. The groundsman is also incredibly on board as it makes their job easier and less time consuming with no damage to the main square if the pitch is rolled on top.

With Owen’s coaching at Gloucestershire CCC the squad are also now training on the 2G Flicx Pitch split into two batting ends to use as throwdowns for realistic training. “The 2G Flicx Pitch produces a good consistent bounce so the players have trust in the wicket ” said Owen.

“The 2G Flicx Pitch has the performance and versatility to develop players of all ability level and the investment in a pitch pays back very quickly in terms of increased members, more matches and more people at the ground so more revenue back in the club. It ticks all of the boxes!”

The two questions that clubs mainly ask me about the Flicx pitch is … is it realistic? and is it safe? and I can certainly confidently answer yes to both elements. Our bowlers have found that the ball has spun; rather than skidded on and once cricketers have seen, played on and experienced the benefits of a Flicx Pitch for themselves, there are no objections left… for me it’s a product that is a no brainer for clubs and schools wanting to develop their facilities as it gives you so many options.