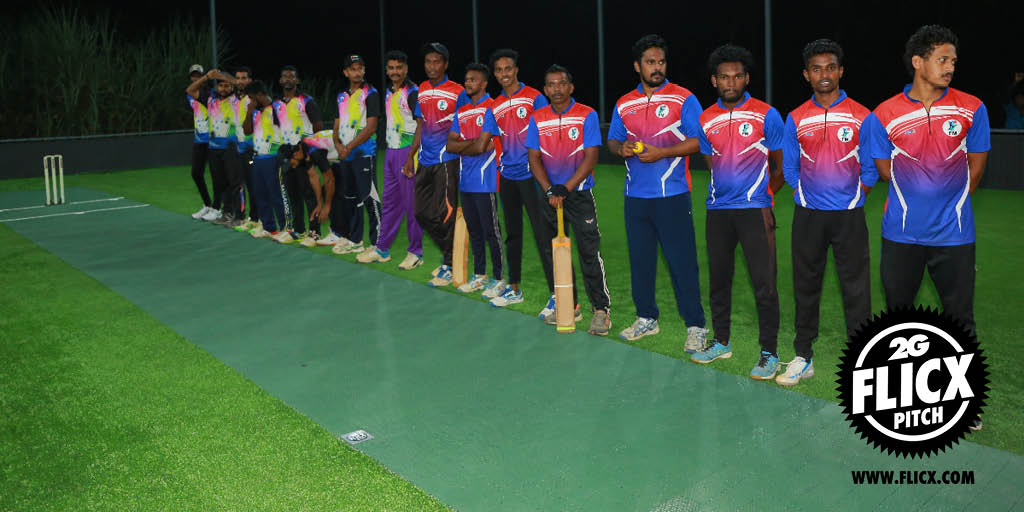 On the Poonthi road in the Southern Indian city of Trivandrum are the stirrings of an indoor cricket revolution.

Stones and Feathers, already established for football and badminton, has become the first cricket centre in the city to offer training and matches indoors.

Talking to JS Sankar, Managing Partner at Stones & Feathers Sports Academy which he runs with his brother Gouri Shankar, the introduction of a Flicx pitch has been the catalyst that helped drive participation and open up more opportunities to play.

For this project, reliable performance from the pitch was important to make it an even battle between bat and ball.

Of all the options, Flicx came with recommendations from Sankar’s own network in the UK, allied with exploring the Flicx Pitch YouTube channel with its demos and feedback from buyers.

The 2G Flicx Pitch in India – A cricket growth solution

Raheja Sports Club in Mumbai also use a Flicx pitch and so there was additional, positive feedback about the product. For Sankar, the ability of the surface to cater for harder cricket balls was a factor.

“Consistent bounce and pace were the main things I was looking for. I wanted people to be able to play with a stitched ball. Here, the majority of players use a tennis ball.”

The result has been indoor training opportunities as well as an accomplished tournament with ball-by-ball commentary of the Stones & Feathers Ever Rolling Trophy that is streamed live on YouTube.

The 2G Flicx Pitch installation was at an incredible venue in that it’s both indoors (in the sense that there’s a roof and fully enclosed netting on all sides) but outdoors as it’s surrounded by lush vegetation and palm trees.

It feels like the launchpad for much more cricket in this part of India and Sankar and Gouri are going to order 2 x 10m Flicx Match Batting Ends to extend the offering:

“I want to open two more cricket centres. The players are all very happy and the batting is superb on a Flicx pitch.”

“For bowlers the pitch performance is also very impressive. It offers good pace and spin which makes the games much more balanced. This is especially important to note as in our city and with cricket in India generally, its typically more of a batsman’s game but with our new 2G Flicx Pitch the bowlers get more support off the pitch which is a great scenario to set up a real contest between bat and ball”

Flicx pitches have been used all over the world from Mt Everest to Honister Slate Mine in the Lake District and it’s satisfying to see this latest example in Trivandrum encouraging more cricketers.