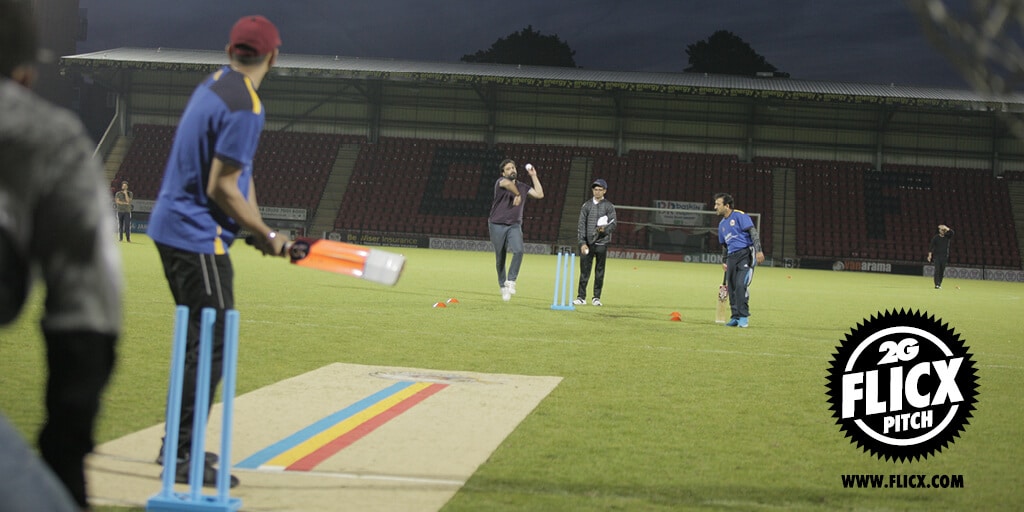 One of the most popular community cricket initiatives run by Essex Cricket Foundation is their annual Tape ball Cricket festival which has been held on the pitch at Leyton Orient FC’s Brisbane Road ground.

To bring additional realism and a higher quality playing surface, 2 Flicx Batting Ends have been used at the event for the past two years with players able to attack the ball and play big shots with confidence.

Tape ball cricket is hugely popular around the world especially in areas where equipment and facilities are a challenge – but equally more and more players enjoy the more informal nature of the game with some games taking place in supermarket car parks at night. Essex Cricket are committed to engaging with Tape ball cricketers with huge numbers playing the game in London boroughs like Barking and Walthamstow. The view and now a key part of their strategy is to support the growth of the game and its development. A number of tape ball cricket players come from South East Asian communities and Dan Feist and the Essex team have had excellent feedback from the festival event which was also see’s children from local schools and a visually impaired groups, invited to play.

Speaking about the use of Flicx Pitches Dan commented ““Everywheres a Cricket Ground” has become a bit of a focus for us in Essex and this link with Flicx UK provides the best answer to the response of we don’t have a ground. The use of the 2G Flicx Pitch builds on the original focus of simple bat and ball game that provides the community engagement and passion of any sporting event.  We are keen to see the Tape Ball format grow by providing a cost effective answer to the desire for more venues for Cricket.”

Tape ball Cricket was thought to have been invented in Karachi, Pakistan in the 1970s after a long search to replace the conventional cricket ball with something cheaper, easier to replace when lost or damaged, and less likely to damage people and property in small, crowded spaces. There were earlier experiments with balls made of rubber and composition material, and tennis balls – sometimes soaked or partly shaved. Then some genius thought of covering a tennis ball with electrical tape! 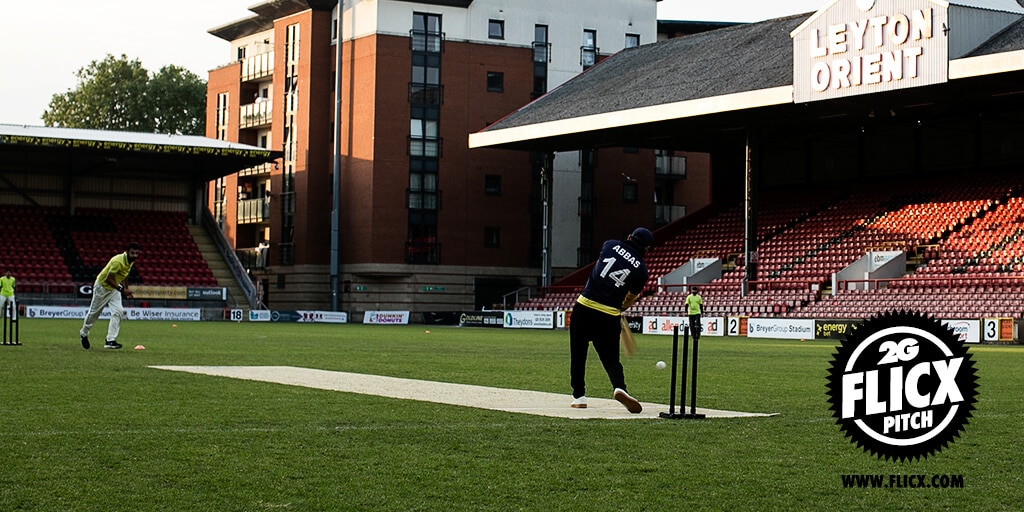 By the ECB’s estimate, South Asians account for a third of recreational cricketers and they are more committed, with 79% playing every week. The board’s research also suggests there are 1 million South Asian cricket fans in the UK, ploughing £121m into the game annually.

“We were quite surprised at the amount of cricket that’s played in London,” John Childs, former England spinner said, “but a lot of it is indoors, a lot of it tape-ball cricket – a huge amount.” It is this realisation that is partly behind the South Asian Action Plan, and what prompted Essex’s increasing engagement with tape ball. “Tape ball is enormous,” tape ball cricket leader, Arfan Akram “We’ve embraced it. We don’t make up the rules, we talk to the community who play it and ask them. And a lot of credit to local authorities, because in the past it’s been ‘Thou shalt not come on our land unless you’ve booked it’, but they understand that casual play is a critical part of cricket.

Read our 2018 blog on the event – Turning a Football pitch into a cricket pitch!