Secretary of State ‘bowled over’ by Beach Cricket plans 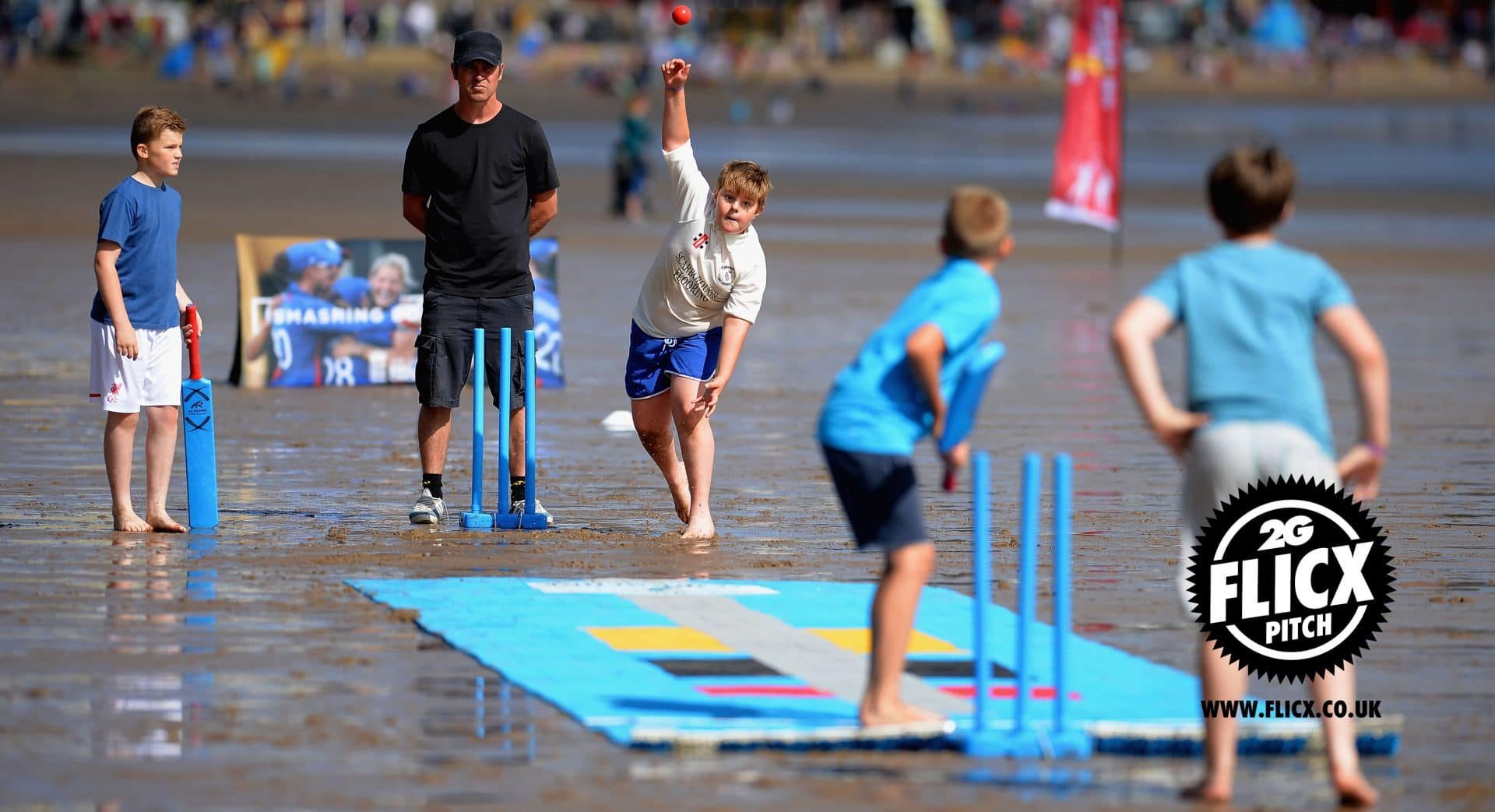 Last Thursday, Steve Double, Conservative Parliamentary Candidate for St Austell and Newquay, welcomed Secretary of State for Culture, Media and Sport Sajid Javid MP to Cornwall, taking him to Watergate Bay Beach where the Cabinet Member was able to participate in a game of Beach Cricket which was played on a new 2G Flicx Pitch.

The meeting at Watergate Bay was arranged by Steve Double and Sean Hooper of the Cornish Cricket Company to announce new plans for the first National Beach Cricket Competition scheduled for next year.

Speaking at the launch Sean Hooper said ‘I have had plans for a few years now to bring a national beach cricket tournament to Cornwall. Here on the north coast of mid-Cornwall we have a number of beaches that provide brilliant venues for this sport which is growing in popularity, especially here at Watergate Bay.’

‘Working with Nick Webb of Bare Feet Production and using my contacts within the cricketing world we plan to bring up to 32 teams here to Cornwall next year for the first National Beach Cricket Competition. My aim is that this will take off and become a regular event here in Cornwall that will attract participants and spectators from around the country’.

Commenting on the plans Sajid Javid MP said ‘Anything that encourages people to get involved in sport has to be a good thing. I love the sound of these plans as they present a new and exciting opportunity to make the most of the wonderful beaches in this part of Cornwall for one of my favourite sports. As well as promoting a new and innovative form of cricket they will also attract people to Cornwall to support the local tourist industry’.

Steve Double, Conservative Parliamentary Candidate for the area said ‘I have been in discussions with Sean Hooper about this idea for several months. It is brilliant that we are now in a position to announce the plans and move forward with bringing this competition to mid-Cornwall next year. This is just the type of event we need to see more of in this area as it will attract new people to Cornwall and help support tourism outside of the peak season. I am delighted to be able to bring Sajid to the constituency and show him just what a great place this part of Cornwall is and how we have people who are working together to find new ways to support the local economy.’

Flicx UK are working in partnership with Sean and his team to get the event off the ground and an agreement has been put in place which will see the whole competition played on Flicx Pitches. Sponsors of the National Beach Cricket Competition will be able to have their company branding on the pitches which can also be bespoked in terms of colour and design.

After meeting with Steve Double and Sean Hooper to discuss the plans the Secretary of State tried his hand at batting against some young cricketers from Truro College.

Final details for the tournament will be announced shortly and will be held in May or September 2015. Subscribe to the Flicx Pitch blog for all the latest news on first National Beach Cricket Competition.