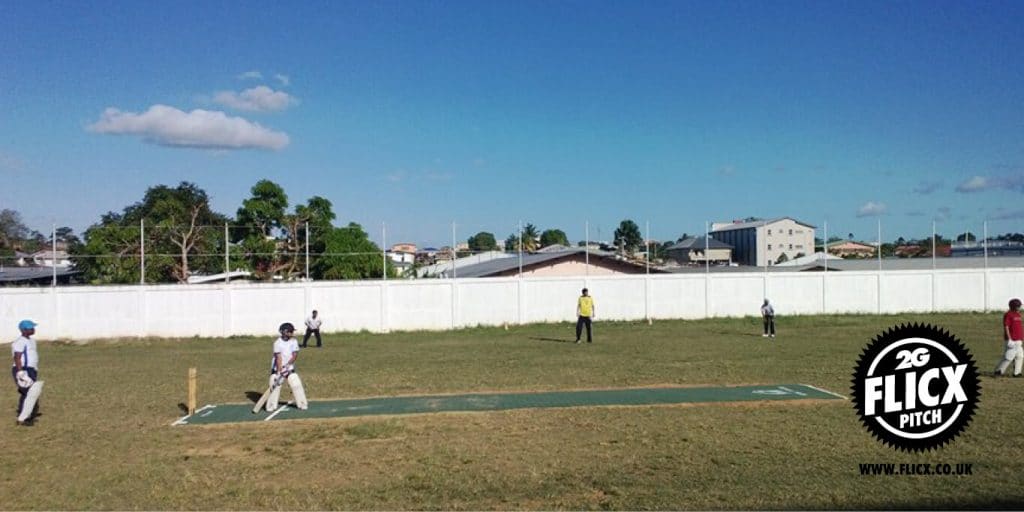 Novel Sports is at the forefront of developing cricket in Trinidad & Tobago and has enhanced the quality of its cricket coaching provision with the purchase of a 2G Flicx Pitch, a portable, roll out artificial wicket. Cricket is the number one sport in Trinidad & Tobago with legends of the game such as Brian Lara, Dwayne Bravo and Larry Gomes all heralding from this Caribbean gem of a country with a 1.5 million population. Cricket is played in every school and university on the island, with kids dreaming of playing for the West Indies or of claiming a spot in a Caribbean Premier League teams.

Despite great support for the sport at a national level, community facilities are still developing with many teams and clubs requiring funding to meeting yearly expenses. Turf pitches and traditional “sand wickets” are accessible but they sometimes carry a high maintenance cost to get the perfect pitch.

Duane Zaheer Lall – Technical Director at Novel Sports, a sports engineering company focused on innovative ways to develop sport on the island, has sought to introduce groundbreaking technologies and sporting solutions to address some of these needs in the region.

Coaching is a major part of their business but they imbed technology such as motion and video analysis to differentiate their services from other providers. Novel Sports has now invested in a 2G Flicx Batting end pitch to help them take cricket to more people on the island, some of whom will have never played the game before at a competitive level. “We chose the 2G Flicx Pitch because it’s a portable solution and means Novel Sports can set up a cricket experience centre at various locations for all to enjoy” said Zaheer. “We have already found that kids are very motivated to play on artificial surfaces such as the Flicx Pitch as it offers a good bounce and spin”

The uniqueness of the Flicx Pitch also helped Zaheer secure funding for its purchase earlier this year, in the form of a sponsorship from New Island Corporation Ltd. Zaheer continues “They were happy to invest in a product that was new and different to what is currently accessible on the island and could take cricket to communities, schools and clubs where facilities are limited.”

In Trinidad, the dry season is from January until June and then the wet season is from July until December. During the wet season turf pitches on the island are mostly water logged and not suitable to play cricket. It is then that the new Novel Sports 2G Flicx batting end will really come into its own and will enable many to enjoy year round practice and training to contribute to the growing success of cricket on the islands. 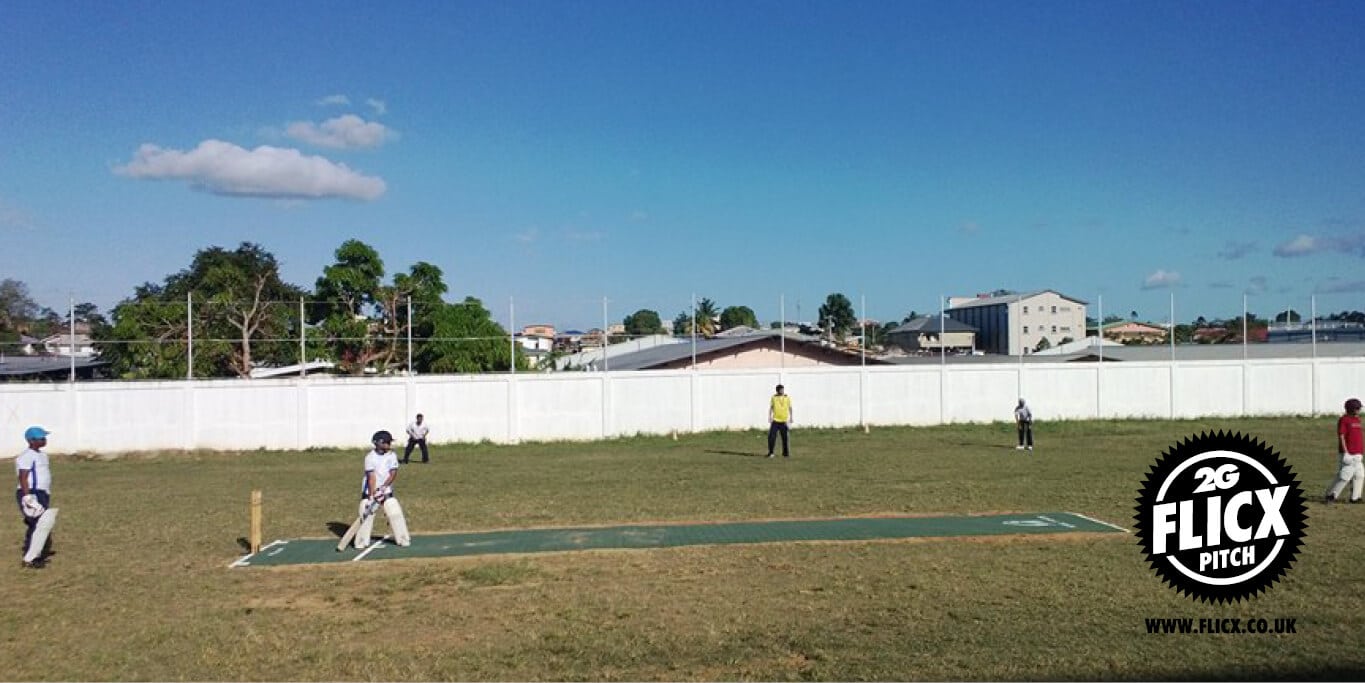 The photo above of Trinidad’s batting end pitch in use, shows a sand base which was constructed and compacted down with the Flicx rolled over the top. The result was a much improved surface versus coconut matting pervious used so again the value for money element of the pitch was a real draw for Novel sports. It will then be rolled back up and taken around to continue to grow young player enthusiasm for cricket with Zaheer and his team providing a real legacy with plans to grow further and purchase more Flicx Pitches in the coming years. For more on Novel Sports and their business do visit their website http://www.novelsportstt.com/