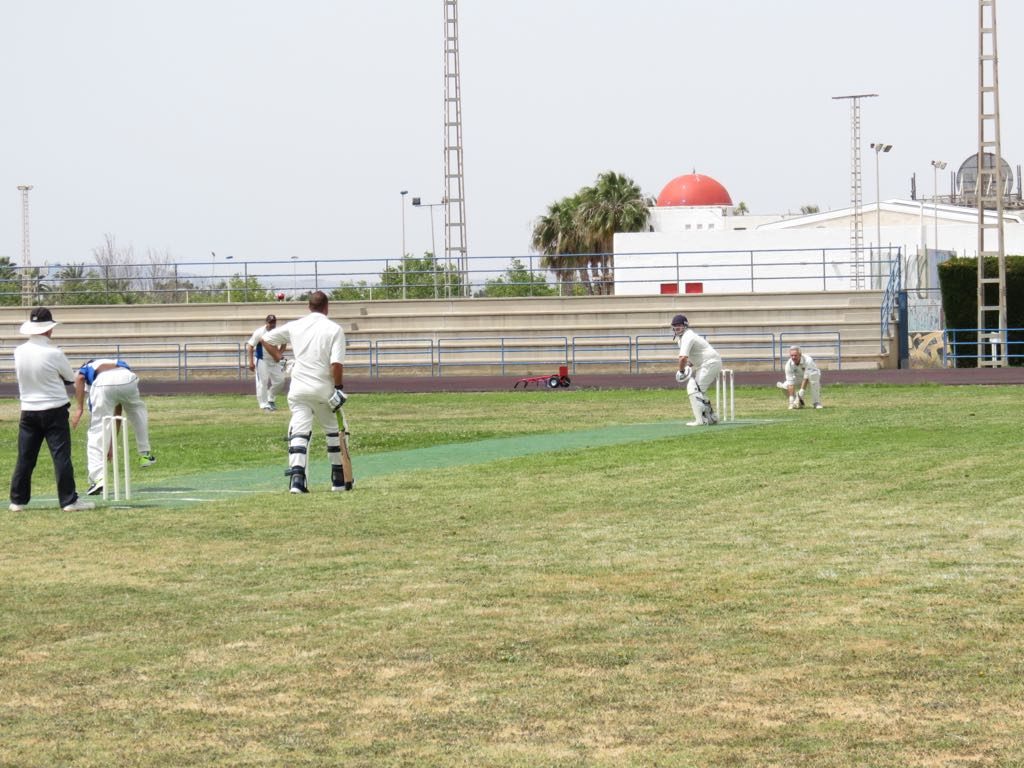 Torrevieja Cricket Club is located in Spain’s south-eastern Alicante province, on the Costa Blanca and the club has recently acquired a Flicx Pitch which has provided a much more consistent playing surface for their matches and training.

Cricket in Spain is growing in popularity with ex-pats from all cricketing countries participating with a few natives sprinkled here and there, with Torrevieja participating in the East and Central cricket league which pits them against sides including Madrid CC, Valencia, La Manga, two teams from Alicante and Sporting L ’Alfas in 40 over and T20 matches. Facilities are varied from the high-quality provision at La Manga CC to clubs playing on coconut matting where the bounce isn’t consistent and there is no way of repairing any wear and tear on the surface. This was the case at Torrevieja who were very keen to investigate better alternatives which would make for higher quality matches.

After Madrid CC purchased a new 2G Flicx Pitch, enquiries were made by Torrevieja about using their old original Flicx Pitch and soon the roll out solution was being shipped to Torre’s ground which is a council owned “multi use” athletics track.

As you might expect with a grass surface of this nature and with its athletics applications, it can be fairly undulated especially in areas of high javelin and shot-put traffic, so the fact the Flicx pitch is firm and flat means that it mitigates these areas of unevenness. The pitch is rolled out and back up after each game and the grass is cut short at the venue following the purchase of a petrol- driven lawnmower by the club to supplement the council’s best efforts.

The quality of the matches since the acquisition of the Flicx Pitch is much higher so explains chairman Graham Shelton “We are really happy with the Flicx Pitch; the bounce is much more consistent than we were achieving previously and its quicker and more convenient to lay the pitch. With the modular tile layout, it has the added advantage of being able to easily replace any damaged tile quickly and cost effectively. We pretty much play all year round apart from when it’s raining when the pitch can become slippery and have already spoken to colleagues at other clubs around Spain where the Flicx Pitch would also be suitable and like us are ready to take cricket in the region to the next level”