More than a pitch, an enabler to change lives … the story of cricket in Timor-Leste 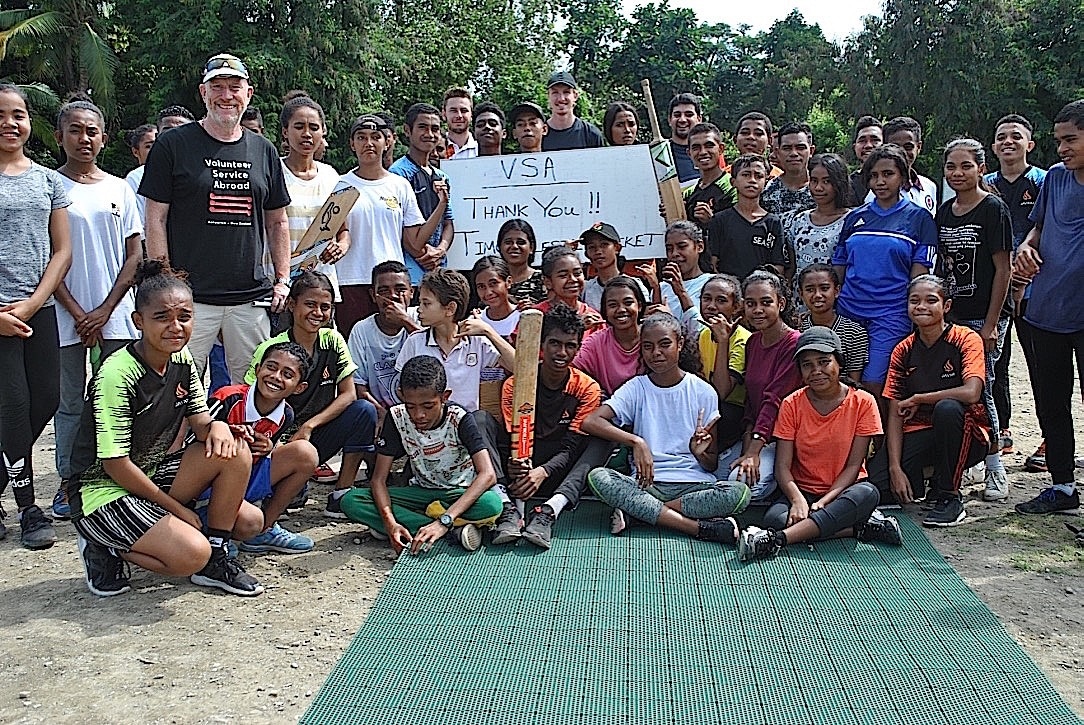 When British born New Zealander Mark Young undertook a volunteer project work placement overseas he couldn’t have predicted how cricket would shape his time in the country. This is the story of how Mark got involved in developing cricket in Timor-Leste.

It was by chance one evening when out exploring the capital city of Dili where he was residing that he stumbled across a couple of young people playing cricket on the beach with homemade bats and sticks for stumps. As a keen cricketer, Mark went over to find out more, was immediately drawn to help and was soon in touch with the coach, a Pakistani man called Tayyeb.

For those unaware of the history, East Timor was colonised by the Portuguese in the 16th century until it’s independence in 1975. However, after just 9 days it was invaded by the Indonesian military in an occupation characterised by a violence and conflict where ¼ of the population died. UN forces supported a return to independence as Timor Leste in 2002 but the rebuilding process has been slow for the 1.3m population (50% of which are under 18) and there is still high unemployment and corruption, but cricket is now providing hope and life skills to those involved.

With players but no structure or even any proper equipment with which to play it was whilst back in New Zealand over Christmas that Mark organised kit collections from his network and 8 large bags of cricket bats, pads, balls, nets were shipping over to Dili with great support from the Volunteer Service Abroad (VSA) and couriers DHL. With Mark’s passion and efforts in finding support, the game in Timor -Leste, which located an one-hour plane trip north of Darwin, began to grow quickly with players predominately under eighteen and over 50% being girls. In a country with a troubled history, political instability and much poverty; cricket is giving hope and a sense of purpose to the participants which at the time of writing totalled around 100 players.

The next stage in the development of the sport that Mark looked to address was then the pitch. Cricket is played on a hard baked, soil ground so the appeal of the 2G Flicx Pitch was really having a portable pitch that could be taken around the city that would make conditions closer to that of a real wicket. Mark managed to secure funding from VSA and the pitch arrived from the UK, after its own round the world trip that involved stops in Belgium, Dubai, Singapore, Sydney, Brisbane and Darwin but around 3 weeks ago it arrived and was rolled out for the first time. The first game on the new pitch incidentally also featured Hobart Hurricanes’ David Moody who happened to be visiting Timor Leste at the time and he of course was thrilled to get involved.

Mark has reported that the 2G Flicx Match Pitch has been working really well and games have seen a lot more runs being scored as the pitch is true and batters can really play their shots in confidence. “The standard of batting has improved significantly in just a short time” 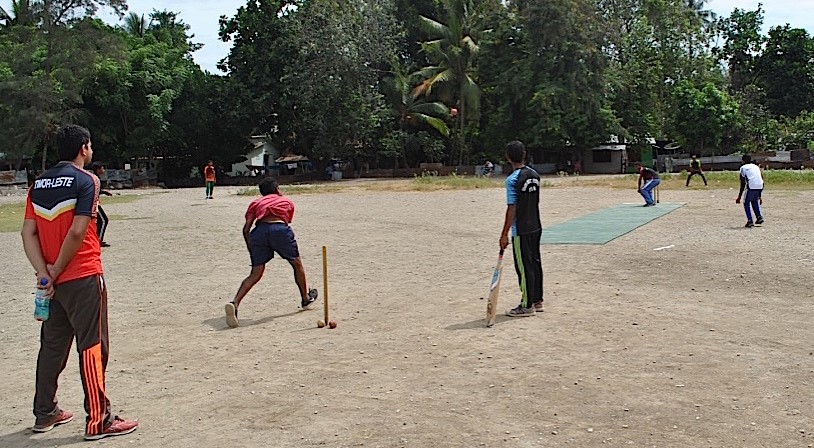 Although Mark will return to New Zealand at the end of 2019, the development plan and vision to continue to grow cricket in Timor-Leste remains strong with senior players enrolled on cricket coaching courses in Australia and the overall ambition to become an associate member of the ICC and to increase the numbers of players, grounds and clubs.

When looking at the impact of the 2G Flicx Pitch Mark see’s it as so much more than just a cricket pitch, but instead an enabler to change lives for the better. “You cannot develop cricket without a reasonable playing surface. For the Timorese they are a patriotic nation and participation in cricket teams has given the players families a reason to be proud and great opportunities to develop a sense of purpose”.

For more information about cricket in Timor-Leste, do visit their website http://www.crickettl.com/
or if like Mark you feel motivated to help and can support their fundraising initiative in any way, do visit https://vsa.org.nz/crickettimor/ Obrigadu!