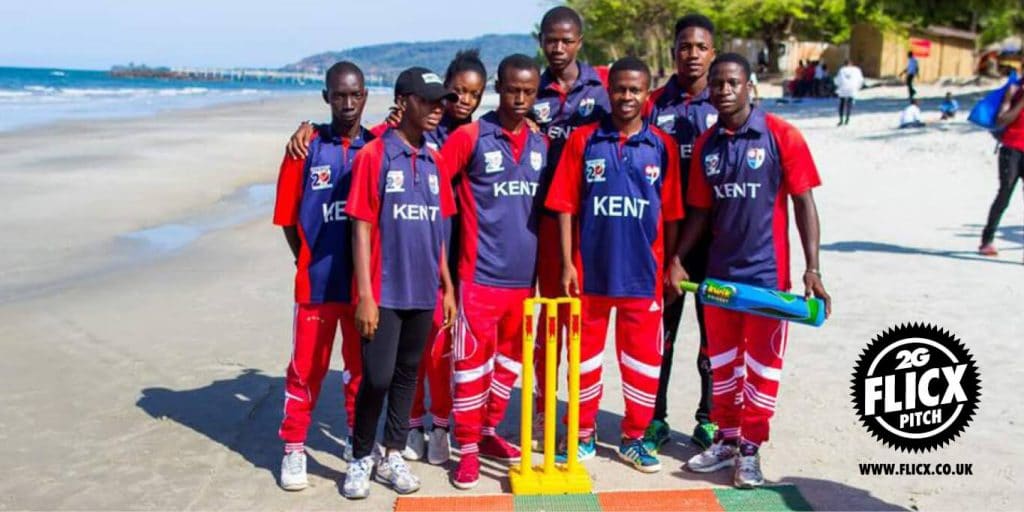 The Sierra Leone Cricket Association (SLCA) hosted the Mercury Beach Cricket Tournament on Sunday 25th November, 2018, which took place at the Place Resort,Tokeh Beach, Freetown. The tournament was a six-a-side competition with a maximum of five over per innings. Six teams participated in the tournament, and these teams were divided into two groups of three each – Group A consisted of the Indian Combined, Veterans Combined and the Sierra Leone Under-19 Boys, while Group B featured the Pak Stars, British High Commission/DFID and the Sierra Leone Women’s Team.

The teams arrived on the beach with the hope that the tournament will start at 10 a.m.; however, due to the high tide, the first match was delayed until just a little after 12 p.m. The beautiful Place Resort at Tokeh beach provided the tournament with a very big space, which allowed for two playing areas to be created side by side. This ensured that two matches could be played simultaneously on a Flicx pitch. The British High Commissioner to Sierra Leone, Guy Warrington, was a key player in the British High Commission/DFID team. There were several dignitaries in attendance, including Mary Hunt, the head of DFID and Karen, the wife of the High Commissioner. Besides, there was the presence of cricketing royalty. The British High Commission/DFID team had three guest players who were Sierra Leone Men’s national cricketers – Emmanuel Kamara, Lansana Lamin and Emmanuel Pessima. 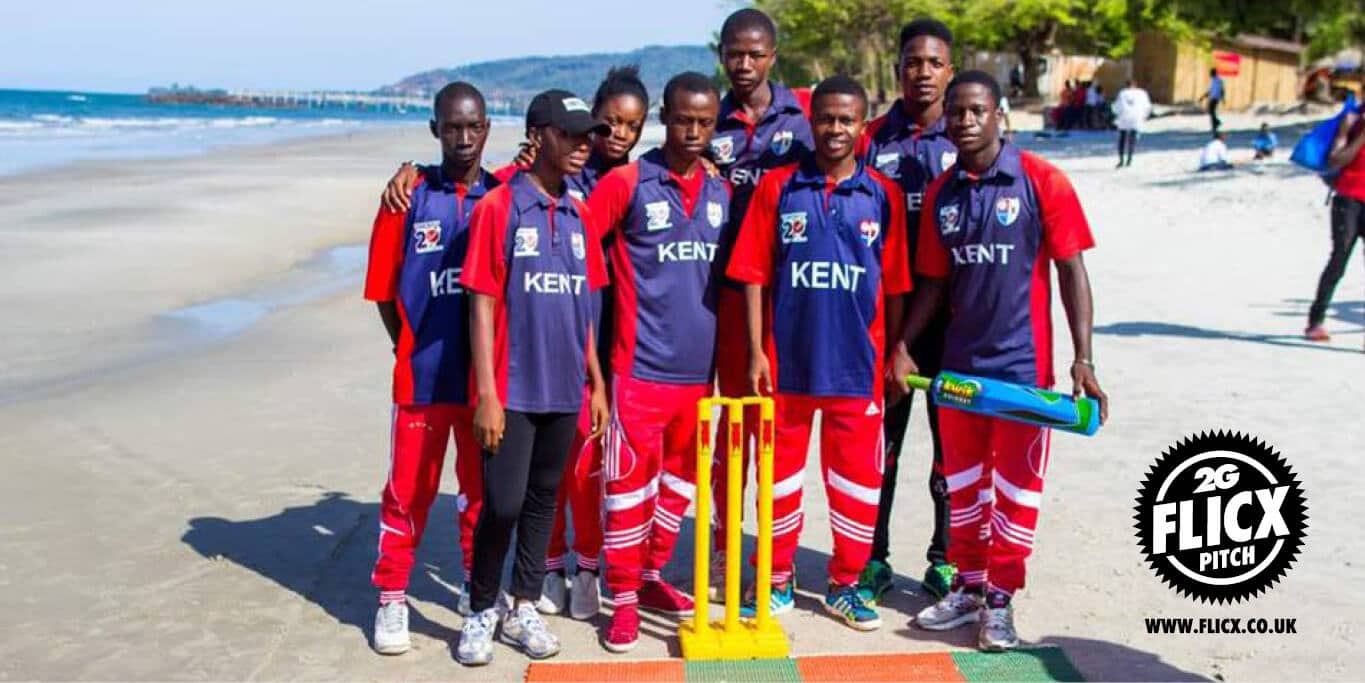 Group Matches
The opening match in Group A saw Veterans Combined taking on the Indian Combined, with the Veterans Combined coming out on top by 14 runs. In Group B, the opening match witnessed the British High Commission/DFID against the Pak Stars, with the Pak Stars winning a close encounter by three runs. After each team in both groups had completed two matches, the situation in Group A was that the Indian Combined and Veterans Combined had qualified for the semi-finals, while the Sierra Leone U-19 boys could not make it. Similarly, in Group B, it was Pak Stars and British High Commission/DFID who made it to the semi-finals, with the Sierra Leone Women’s team missing out.

Final
All eyes were now on the big derby match – Pak Stars and Indian Combined were the finalists. Pak Stars could be said to be favourites coming into the contest, as they were undefeated during the group stage and had a convincing victory in the semi-final. Indian Combined won the toss and elected to bat first, but lost early wickets. Abass Gbla and Shaheeb Khan played beautifully and led their team to a decent total of 62 runs. Pak Stars thus required 63 runs to win from five overs. Their chase was steady from the outset, and they batted with great composure to win the match by five wickets with two balls to spare.

The award ceremony took place on the beach right after the final, but before the presentation, the Chief Executive Officer of the SLCA, Francis Trevor Samura, made a short statement about the importance of the event and extended his appreciation to all those who came to enjoy the event. John Hunt, captain of the British High Commission/DFID team, made a brief statement as well, and then handed over the bronze medals to the Veterans Combined team, who came third. The Indian Combined, who were runners up received their silver medals, while the Front Office Manager of the Place Resort, Omar Ngera handed over the champions’ trophy and medals to the deserving winners, the Pak Stars, who were ably led by their captain Nabeel Shahzad.

Emmanuel Pessima on behalf of the Mercury Beach Cricket Tournament said “I would wholeheartedly like to thank our major sponsor Mercury International for their confidence in our work. We are also very grateful to the Place Resort at Tokeh Beach, which provided the tournament with delicious food, wonderful facilities and amazing hospitality for the Beach Cricket tournament and was a wonderful host. I would also like to give a shout-out to Harish Agnani of Chiothram for his donation of beverages for the Beach Cricket tournament; keeping our attendees hydrated is an important job, and we’re so thankful for the help! Many thanks to Raceway Company too, for their support in transporting some of the players and officials. Members of The Union did a fantastic job in officiating in the matches and ensuring that all the duties were executed very well in order to have a successful event, and special thanks to John Hunt for his brilliant contributions on the planning of the event. Thanks also to Abubakarr Bangura for arranging the medals, and to Flicx UK for providing us with a Flicx pitch. Lastly, I would like to thank the Sierra Leone Cricket Association for giving me the opportunity to serve as the tournament coordinator for what was another memorable Beach Cricket tournament.”