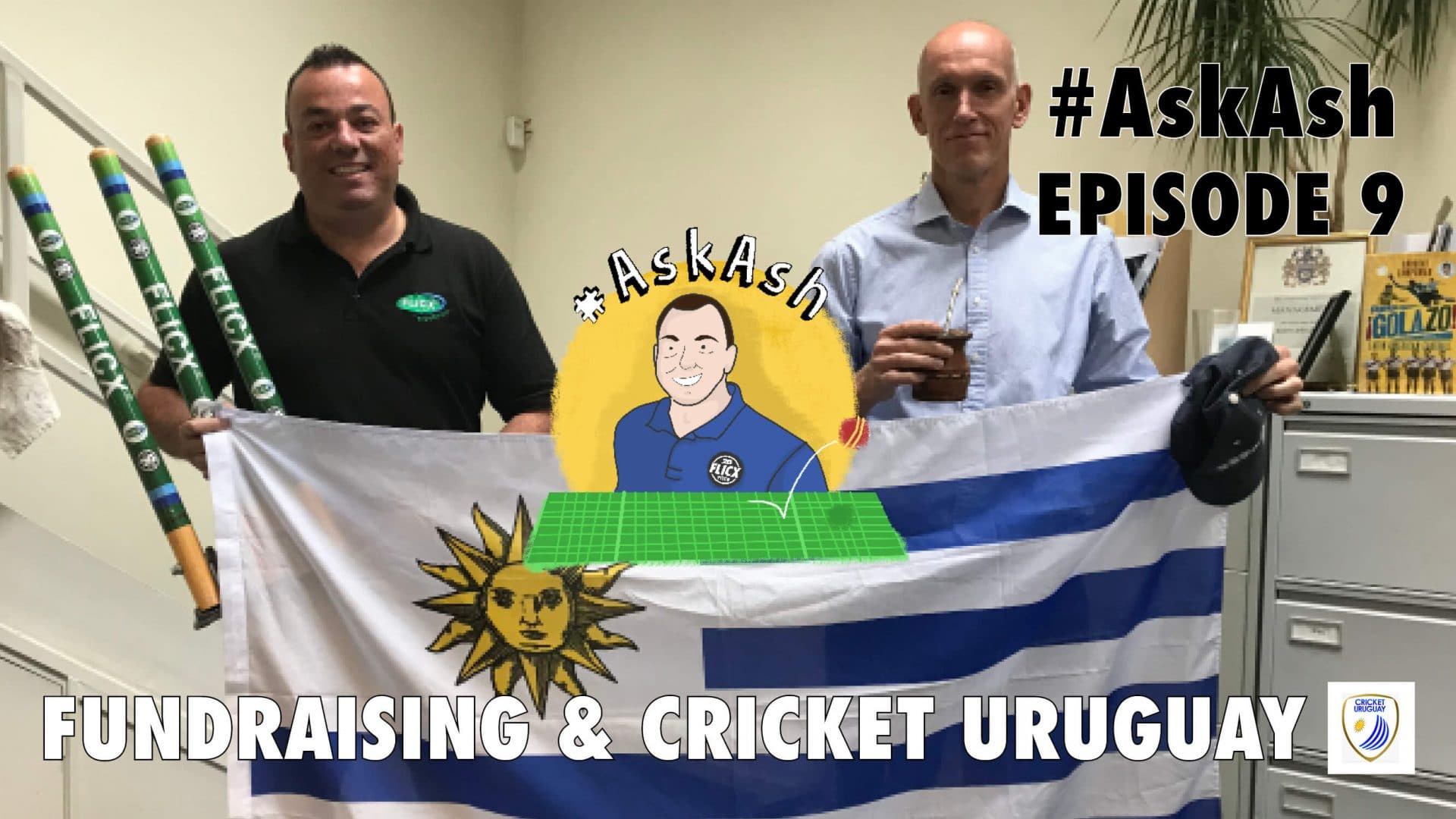 What motivated a man from Cheltenham to fund-raise for a Flicx pitch to be sent 6812 miles across to help grow cricket in Uruguay? Our business development manager Ashley Appleby finds out in the ninth episode of #AshAsh …

Rob’s wife was born in Montevideo, they have four sons and their best chance of playing international cricket was to represent Uruguay. In the past few months Rob has embarked on a unique fundraising project to raise funds for a 2G Flicx Pitch to be sent out to South America so that hard-ball cricket can be played with the aim of improving the standard of training and matches. In due course it could enable teams to tour Uruguay.

Cricket in Uruguay actually has a long and interesting history with Victoria Cricket Club established in 1842 by British ex pats. In 1868 the first game between Argentina and Uruguay took place whilst a touring side from the MCC visited in 1926 when the team included future English prime minister Alec Douglas-Home! A recent revival has taken place with John Biscomb setting up the Uruguay Cricket Association (UCA) in 2007 with president Hidhu setting up the UPL playing tape-ball cricket on La Rambla with the majority of players now having a South – East Asian origin. These players are taking the game forward and are committing huge amounts of time to establishing the game. Esteban McDermott the ceo of Cricket Argentina has also been a great help in enabling the Uruguayan players to develop.

Ahead of our 9th episode of #AskAsh here is a little overview of the history of cricket in Uruguay over the years and some of the people helping grow and develop the game currently @CricketUruguay @AshleyBAppleby @iccamericas @ICC pic.twitter.com/gDNejjt7I8

Project 27 has so far gained 24 of 27 donors who have each pledged £100 towards the pitch (with help from a voucher too from Flicx UK) and the aim is for the pitch to be sent out to to support the development of cricket Uruguay in time for the 150th anniversary game between neighbours Argentina in December 2018.

Clubs or charities looking to raise funds for facilities might like to look at Rob’s model, whilst crowdfunding websites could also be used if more time is available. If anyone is interested in supporting Cricket Uruguay and helping them complete their fundraising efforts, do contact Rob Sharp at rob_sharp100@hotmail.com