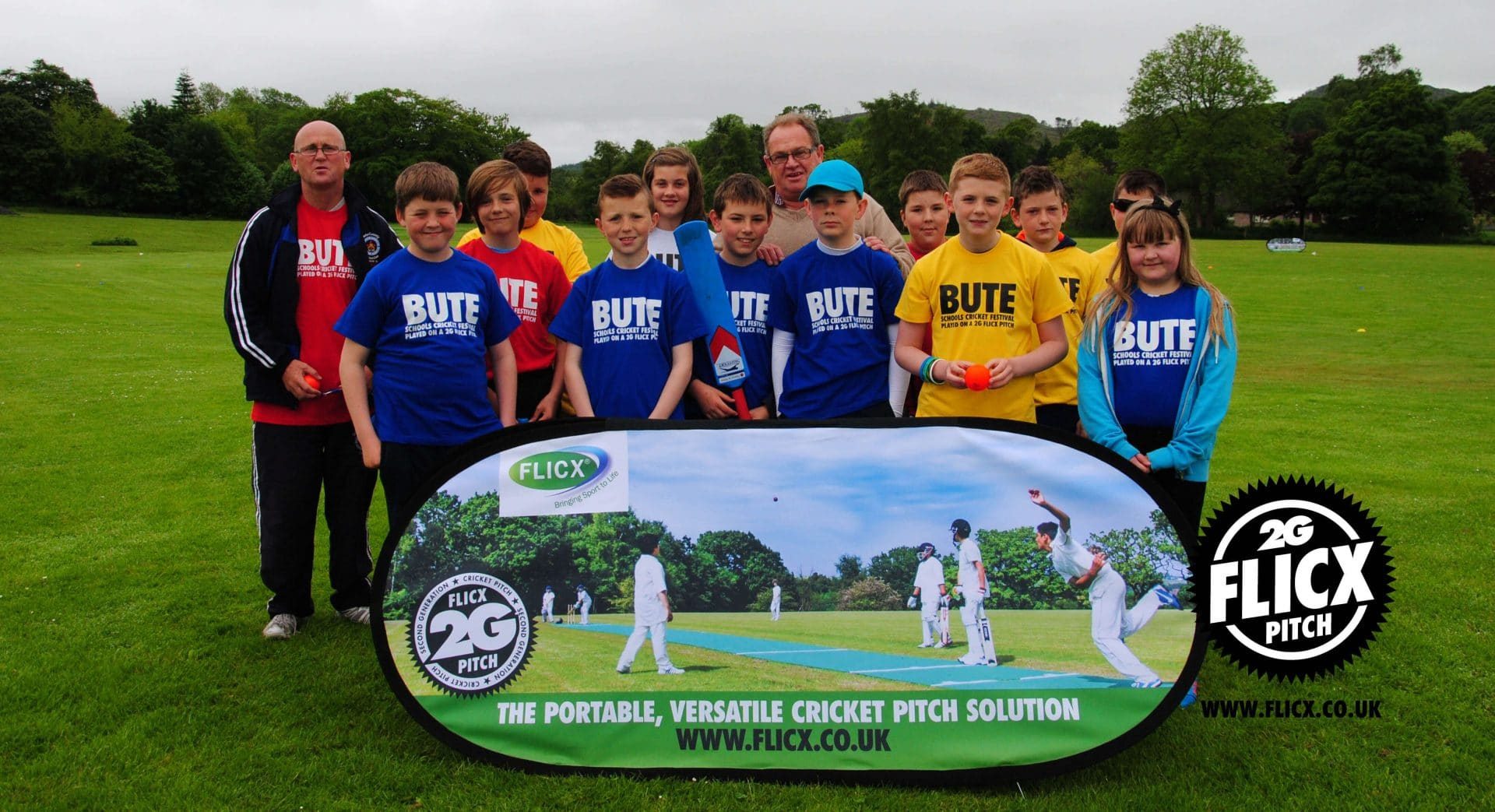 The first in a series of events takes place at the Port Bannatyne Gala with the opening rounds of the schools Kwik Cricket Tournament for Primary 6 and 7 classes sponsored by Flicx UK, suppliers of the club’s all weather surface, which will be rolled out for the event.

The Bute club’s coach Alan Peacock has been running a training programme in the primary schools since April and has put together squads of ten from each school. “All schools have made great progress and if we get some decent weather on Sunday I am confident we’ll get some good games and the teams are too close to call,” he said.
The Gala Day matches form the first part of the tournament, with the finals and trophy winners to be decided on Saturday, June 20 at The Meadows, Rothesay prior to Bute Cricket Club’s Sri Lankan themed match against the Cavaliers.

As well as helping to develop cricket in primary schools the club has been working towards forming educational and cultural links between the island’s primary school children and their counterparts in Sri Lanka.

The initiative to form a bond between the two communities follows the decision by the former Sri Lankan cricket captain Kumar Sangakarra to become Bute Cricket’s first associate member.

The Bute children have been encouraged to write letters to Sri Lankan children, produce drawings to illustrate their lives on the island and design a ‘Children’s Flag for Bute’.

The project is being sponsored by specialist holiday company Experience Travel Group who has provided the schools with posters and online travel videos to give the children an overview of life in Sri Lanka.

The closing date for the Flag Competition is Thursday, June 18, and the judging and prize giving will take place after the Kwik Cricket presentations on the Saturday.

Bute Cricket’s Barbara Lloyd, who has organised the Schools Sri Lankan project said: “The head teachers at all three Bute primary schools have been very supportive of the idea which fits in well with the children’s Global Citizenship studies.

“We’re hoping as many of the children and their parents will come along to see their work on display and at the same time support the Kwik cricket matches.”

After the exhibition of drawings and letters, all the children’s work will then be forwarded on to a Sri Lankan school with the help of Experience Travel Group.