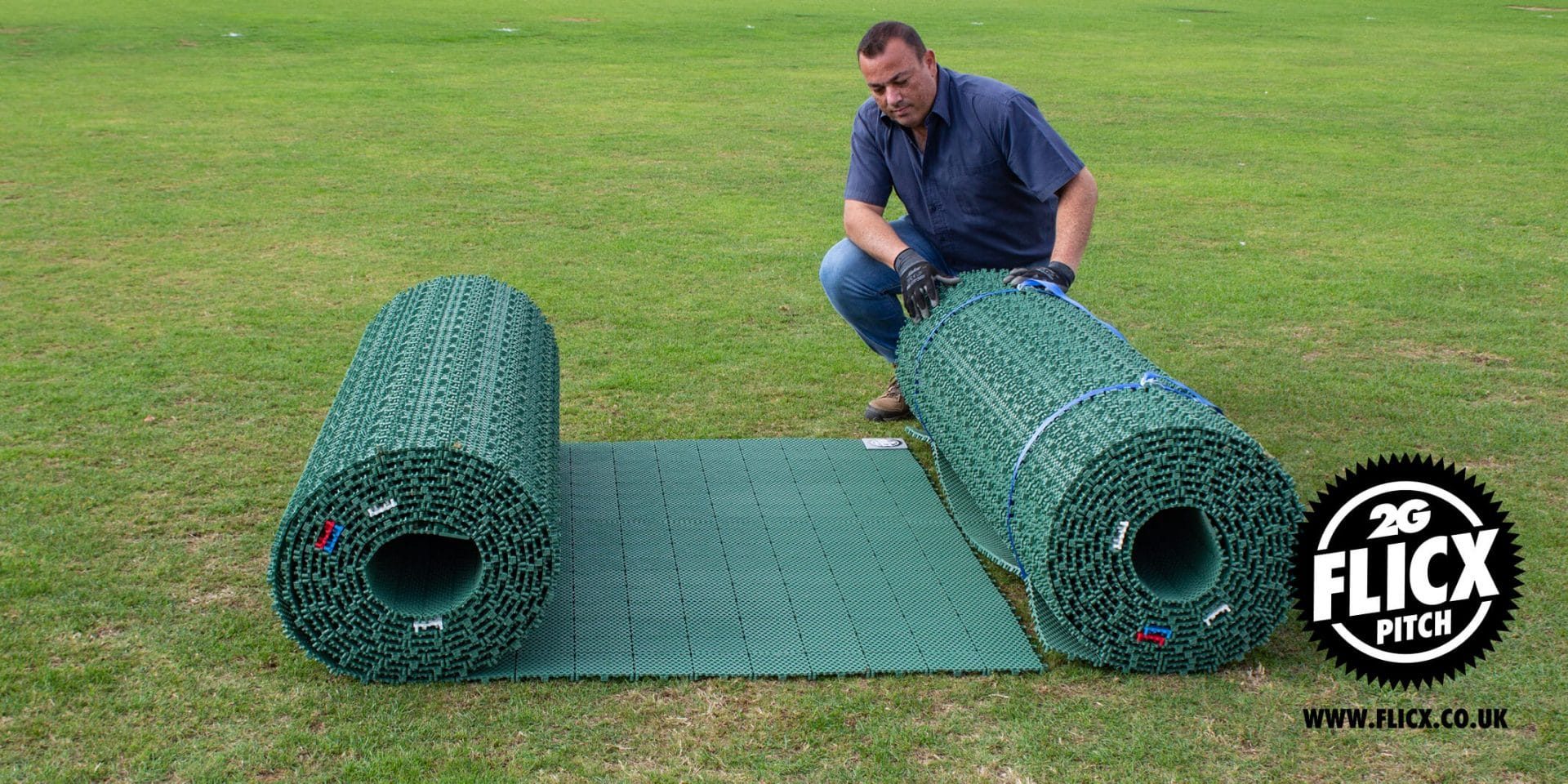 Paul Montgomery and I conducted a trial at the City of Casey Ovals on the 13th September 2000. The idea being that we get as close to a realistic game scenario as possible. A second trial was conducted at Cheltenham Secondary College on the 19th September. The pitch had already been trialed at Camberwell Magpies and Ringwood Cricket Clubs with varying degrees of success and not in ideal conditions.

In the trial at Casey we laid the pitch over a compacted dirt car park areas. Although the substrate for the pitch was slightly undulating it was as close as we could get to the appropriate style base for the product as suggested by the manufacturer (Flicx). The other trial at Cheltenham Secondary College was over a standard concrete pitch located in training nets.

NB- The manufacturers suggest that the product be laid over a firm even base. The more consolidated the substrate is the better the performance of the product.

We used various 156g balls for the trial, from reasonably new to quite worn. My findings are as follows…

The trials were attended by a number of people from local councils, clubs and associations and the response was very positive indeed. The applications for this type of product are almost limitless given that it is a pick up, roll out and store away style product.

The product will be put into a full time situation probably in October 2000 so further results and viewing of the product can be made available.

Factual points of interest –The Flicx pitch comes in 2 rolls, each roll weighs approximately 67.5kg. A Carry Cradle can be purchased with a Flicx Pitch for ease of transport and to reduce lifting requirements.