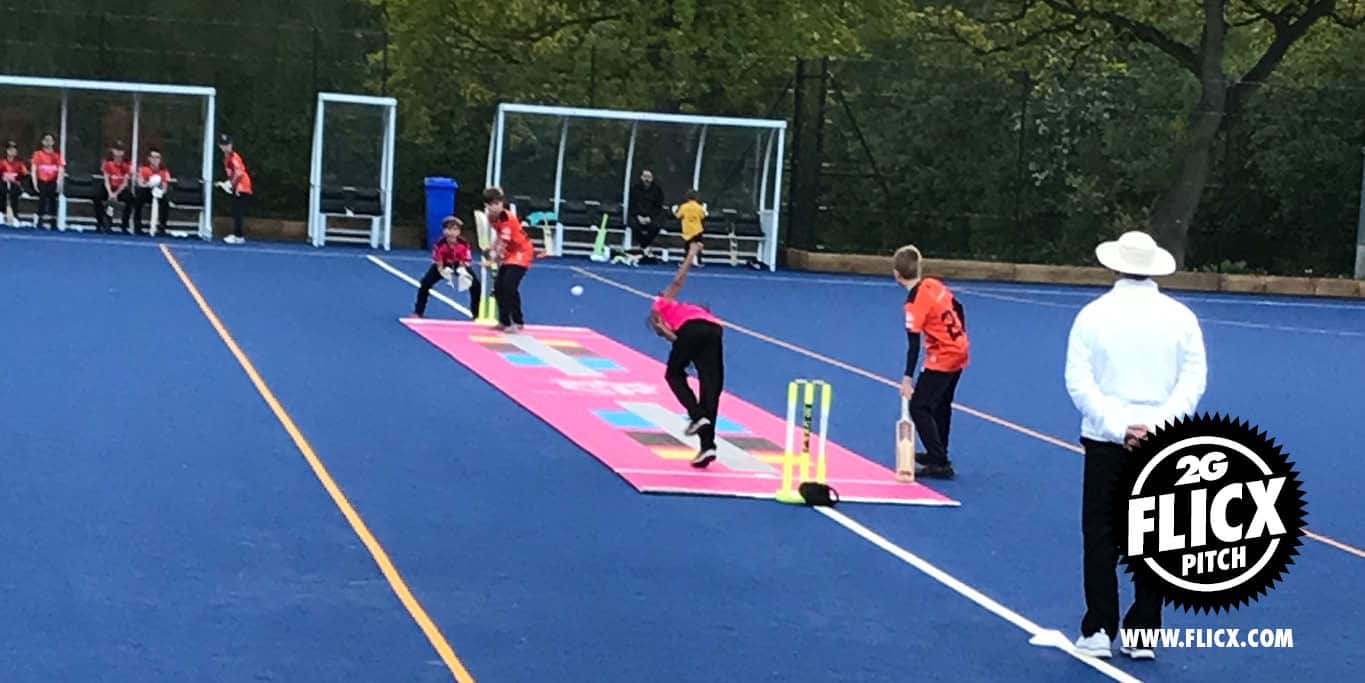 How great to see all four teams playing great cricket under the floodlights with big smiles on their faces. Look out for the highlights later 🏏 https://t.co/fgE9XFQoFf @thecricketkid1 pic.twitter.com/OImPLjeVdF

The CKPL is the brainchild of cricket fanatic Jackson Bentley AKA, the Cricket Kid. 10-year-old Jackson dreams of playing in the IPL and emulate his hero Jos Butler so with COVID putting virtually all junior cricket matches and tournaments in the past year on hold; the Cricket Kid wanted to develop a fun, fast-paced new kids cricket tournament that is fully filmed and produced (which is where his dad Nick comes in handy!). Four franchise teams were created and now starting mid May, the Comets, Galaxy, Knights and Titans made up of players mainly from Nantwich CC, will battle out for the inaugural CKPL trophy. All the details are taken care of … the kit, the sponsors, the MVP trophies and of course, the fully branded Flicx Pitch.

• The game is played between 2 teams of 8 players. Each team will bat for exactly 50 balls.
• The last two balls of each innings are “bonus balls” and are worth double!
• Every player must bowl an over.
• If a batter hits the ball, they must run!
• If a batter misses / fails to hit 3 deliveries in a row – they are out.
• The team who scores the most runs win the game! (wides and no balls are not bowled again – but are worth 3 runs)

PITCHING IN – PRETTY IN PINK

With Flicx passionate about developing cricket, the opportunity to support the CKPL was a no brainer especially with the 2G Flicx Pitch being showcased on top of a hockey astro which is an increasingly common application. This gives facility owners the ability to host cricket under floodlights, all year round and give their pitch, multi-sport functionality. It’s quick and easy to roll the 2G Flicx Pitch out and together with Jackson and support from pitch sponsors The Cricket Academy we have designed a bespoke pink 2G Flicx 18m Junior Skills Pitch complete with logo branding.

Marketing and General Manager Kate Costin said, “We are really excited to support the first CKPL and sure the young players will love the exciting rules, great looking kit and scoring lots of runs on our innovative roll out pitch which opens up the option to play under floodlights on a Friday night”

Nick Bentley added about the 2G Ficx Pitch “When we were coming up with the idea for the CKPL, being an all-weather tournament, obviously our main concern was to have a great pitch to play on. A surface that was true, safe and most importantly would not be impacted by the conditions.

Flicx pitches not only do all this, but they also look amazing. The kids have really felt special, playing a tournament under lights, set off by a bright coloured pitch with logos on it. Our idea was to create something as close as we could to the ‘bright lights’ of the IPL and this Flicx pitch being the focal point, has really helped us with that.

Another important part of this for us was the storage, so the fact that it can roll up and stay at the venue currently hosting the tournament, is essential. Getting a whole tournament set up (and two matches played) in just two hours is a stretch! But actually, being able to easily roll out the pitch, attach the two pieces and go, actually makes this whole event possible.

I think as a coach, we are forever battling the weather and ground availability to get juniors games and practice on. The Flicx pitch is brilliant for being able to transport, roll out and get kids playing cricket almost anywhere. After the last few weeks of weather in the UK… roll on the first CKPL beach competition!

You can follow the tournament on the CKPL website , catch up with all the games on You Tube or go behind the scenes via the CKPL Instagram page … where a few live broadcasts are planned … it certainly is a format and competition that is attract a lot of interest!