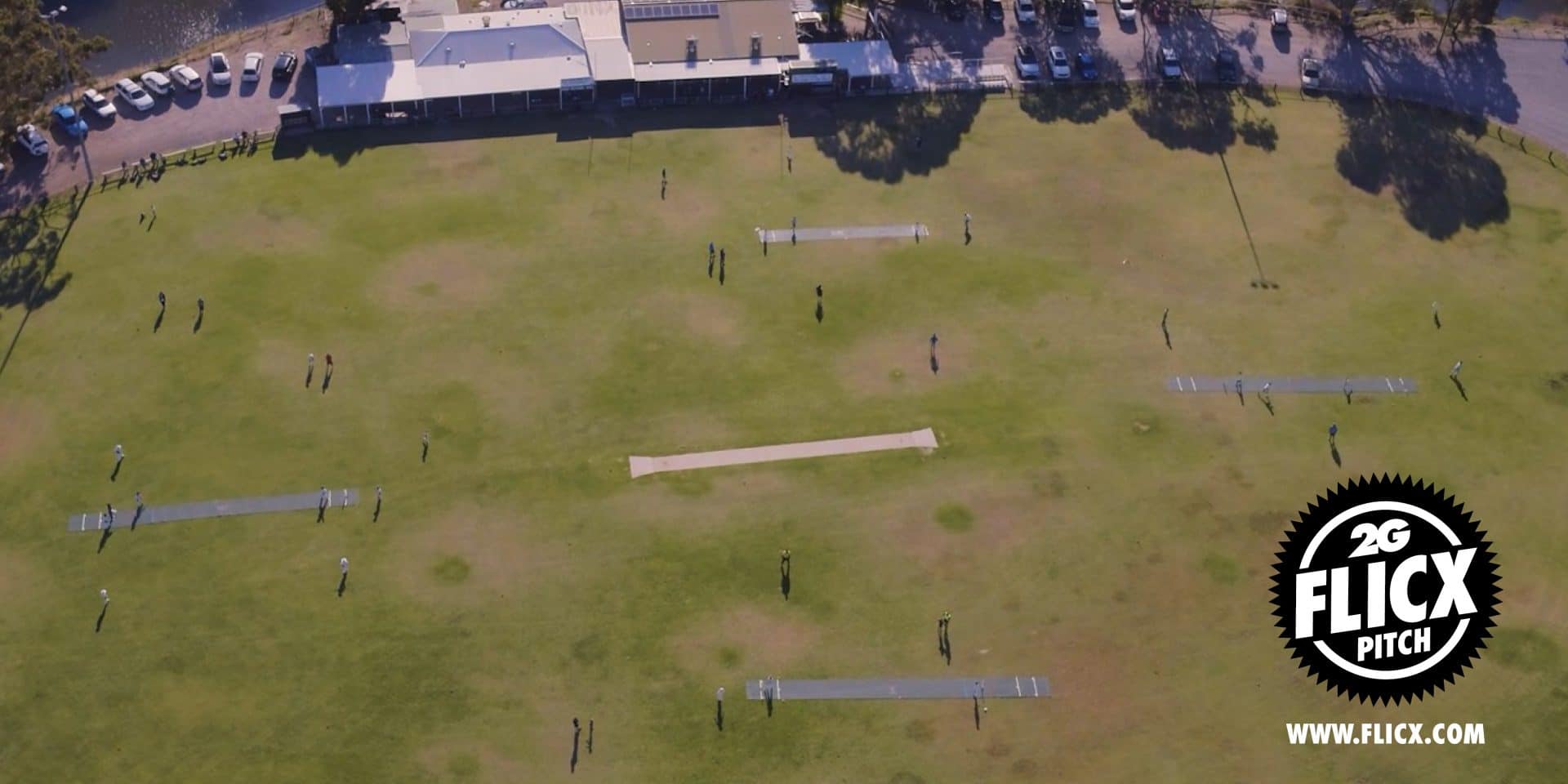 Part of the versatility with Flicx Pitches is transforming green spaces into new cricket opportunities to play.

In Australia, we are seeing just that and caught up with Lauren Ebsary, Cricket Manager with the South Australia Cricket Association, to learn more. In 2018/19, Cricket Australia subsidised a number of Flicx pitch trials and the feedback from Walkerville Cricket Club in South Australia was really positive. Their Junior Coordinator, Mark Webber, saw the benefit of multiple matches on one cricket oval:

“It’s better for parents, better for players, gives a greater atmosphere and a better use of facilities. That’s probably the most critical thing…getting better use out of the facilities but also giving the kids a better environment to play in.”

That prompted SACA’s South Central Metropolitan team, of which Lauren is a part, to flip a conundrum into a chance for more participation.

There is now an ongoing collaboration with the City of Mitcham’s Council to convert a typical soccer pitch into a junior cricket oval using a Flicx surface – meaning new cricket opportunities!

The Council saw an ideal opportunity to lower the cost of hard wicket turnover from winter to summer sports.

Meanwhile, Lauren wanted to demonstrate how Flicx pitches can benefit schools, community clubs and local councils. She bought 3 pitches to trial for different types of cricket, providing support on the ease of set-up and use.

“For junior grades of school cricket, we have used a mowed strip in the outfield to replicate a cricket pitch, however now laying down several Flicx pitches, it looks and feels like a real pitch with all the markings.”

Along with authentic bounce to aid practice and development, there is the simple advantage of being able to host four or five matches simultaneously. That’s much more cricket on one day – with the added potential bonus of a weekend off for parents at a later date!

The South Australian Cricket Association’s trial using Flicx pitches was a success as it is shifting perceptions of how to use cricket facilities for maximum enjoyment and involvement.

By turning one cricket oval into a mass participation event, host clubs could open their canteen and showcase themselves to the local community and hundreds of kids; some of whom might then join up.

For Lauren, Flicx has been one of the pieces of the puzzle to make a difference:

“It was a game-changer to increase participation/facilities at your club/school and leverage the partnerships we would make by bringing the councils on the journey with what we were doing.”

The conversion of soccer pitches for cricket use in Australia is key:

‘The intent from councils to innovate and invest time and energy was the biggest winner in our eyes and we look forward to continuing that relationship in future years.”

In a cricket-mad country where space is at a premium, how can councils take advantage in future?

You get the sense that this is just the beginning…

“My hope is that councils can identify non-traditional cricket ovals (eg. soccer pitches or additional green space) and work with cricket clubs/cricket associations to activate them with clubs so we can have happy, healthier kids running around outdoors playing cricket.”

This August, its possible for Austrlian clubs and councils to participate in a bulk pitch ordering scheme run with Cricket Australia … Visit the information page for prices, project timings and to complete the short application form for a bespoke quote http://flicx.com/the-2g-flicx-pitch/australia/