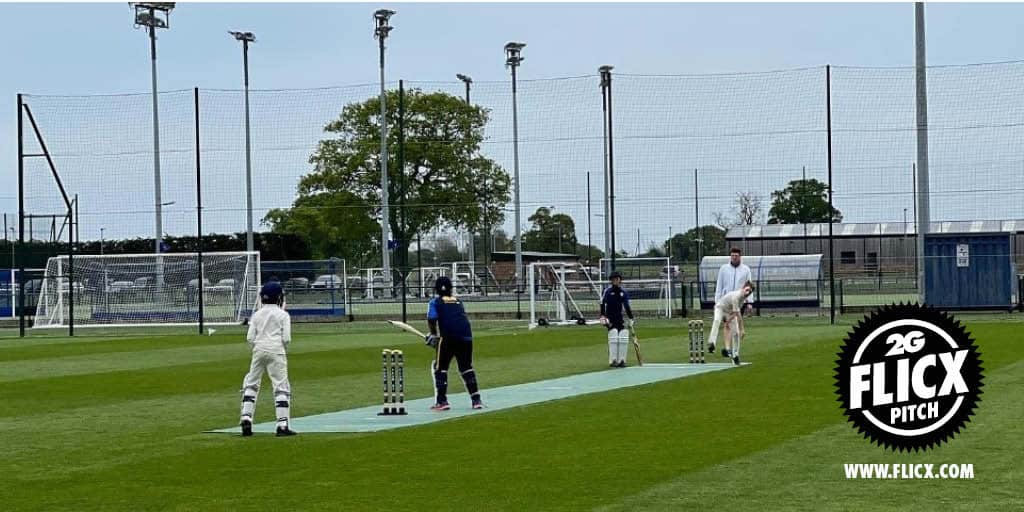 Queen Ethelburga’s Collegiate is an independent school located in the North Yorkshire countryside that was formed back in 1912. The Collegiate consists of four schools – Chapter House (3 months to Year 5), King’s Magna (Year 6 to 9), The College and Faculty (both Year 10 to 13).

Queen Ethelburga’s has a rich history of cricket, contributing to the development of some excellent cricketers including Bilal Anjam (Yorkshire), Harry Crawshaw (Durham) and Clarke Doughney (Yorkshire). Recent alumnus Finlay Bean (20), set county records this year with the highest ever 2nd XI score of 441 for Yorkshire against Nottinghamshire, surpassing England legend Marcus Trescothick’s record of 332 set in 1997.

The global pandemic halted all cricket in 2020 and 2021 for the students of Queen Ethelburga’s. Cricket however made a return this this year. Ben Gibbons (Lead Coach Cricket) has played a major role in the development and rejuvenation of cricket at QE after the pandemic. As part of this development, QE purchased a 2G Flicx Multi Age Pitch with their school logo to “increase the participation of cricket and Flicx seemed the ideal solution”.

Queen Ethelburga’s has one fully floodlit cricket field and square. At times this has proven difficult to host the multiple games and practices across the four schools and many age groups. The aim of purchasing the Flicx pitch was to “increase the number of pupils playing hard ball cricket”. Since the purchase, it has allowed QE to increase the volume of cricket for the juniors, putting on more competitive fixtures especially for the King’s Magna students.

Furthermore, the Flicx Pitch, has created the opportunity to increase participation amongst girls’ cricket, something Lead Coach Ben Gibbons has been pushing for since he started in November of 2021. The Flicx pitch has been used to host junior and girls’ games on the extensive sports pitches and other available spaces while senior games have been played on the main square. Ben has highly praised the flexibility and adaptability of the Flicx Pitch and the opportunity it presents to expand facilities converting “non cricket spaces” into a competitive game for the students.

“The real benefit is the flexibility to throw the Flicx Pitch down on the football pitches, but also the flexibility of the multiple crease markings to play the different age groups”- Ben Gibbons (Lead Coach Cricket).

The Flicx Pitch has not only provided great flexibility for the juniors at QE, but it has provided extra flexibility for the seniors too. When ground staff have been preparing the square for fixtures, half the Multi Age Pitch has been rolled out on the outfield for the senior’s bowlers to work on their run ups and approach to the crease, developing their skills further.

The cricket department at QE has certainly enjoyed their first season with the Flicx pitch and its performance. When Ben was asked about the performance of the Flicx Pitch, he mentioned:

“We are pleased with how it played. The consistency and bounce have been better than expected! The plus point has been the multiple crease lines for the various age groups, and we are very pleased with how the pitch looks aesthetically with the school badge. It has done exactly what we were hoping it would do”.

The pupils have enjoyed using the pitch this season and for some getting their first taste of hard ball cricket. The true consistent wicket has provided the opportunity for the young cricketers to develop their skills against the hard ball.

Furthermore, the pupils have had a real “buzz” around using the Pitch for their first season and there has been excitement about seeing the school badge and the multiple crease markings. Prior to the 2G Flicx Pitch, junior cricket was played on sand based astroturf or a cut grass strips. The Flicx Pitch has provided the opportunity for the juniors to play more hard ball cricket on a consistent cricketing surface.

The future looks bright for the cricket department at QE. The 1st XI have just finished their cricket season at the end of September as they have been able to play fixtures due to their floodlit cricket square. Looking ahead to winter, QE are considering splitting the Multi Age Pitch into its halves to be used in their indoor sports hall for the winter as batting ends.

The other major development is adding cricket to the girl’s curriculum for 2023, promoting the growth of cricket at QE amongst girls and increasing cricket participation across the Collegiate. To host more fixtures at once, QE are considering splitting the pitch to form two batting ends and play multiple games simultaneously all while still getting the consistency of true wicket. Alongside this growth and development Ben and his team aim to replicate the success they have had this year and to use the Flicx Pitch to further grow the sport at Queen Ethelburga’s.

Flicx UK would like to thank Ben for his time to speak about his experiences with the Flicx Pitch. We wish you all the success with the future and we hope the indoor training goes well this winter.

If you’re a cricket club or school looking to boost cricket participation, increase more training/matches, need a quote or any further information please contact us or check out our online shop

Kate Costin (Marketing & General Manager) is the best contact to discuss your club’s needs and what you’re looking to do or you can call the office on 01295 816765.