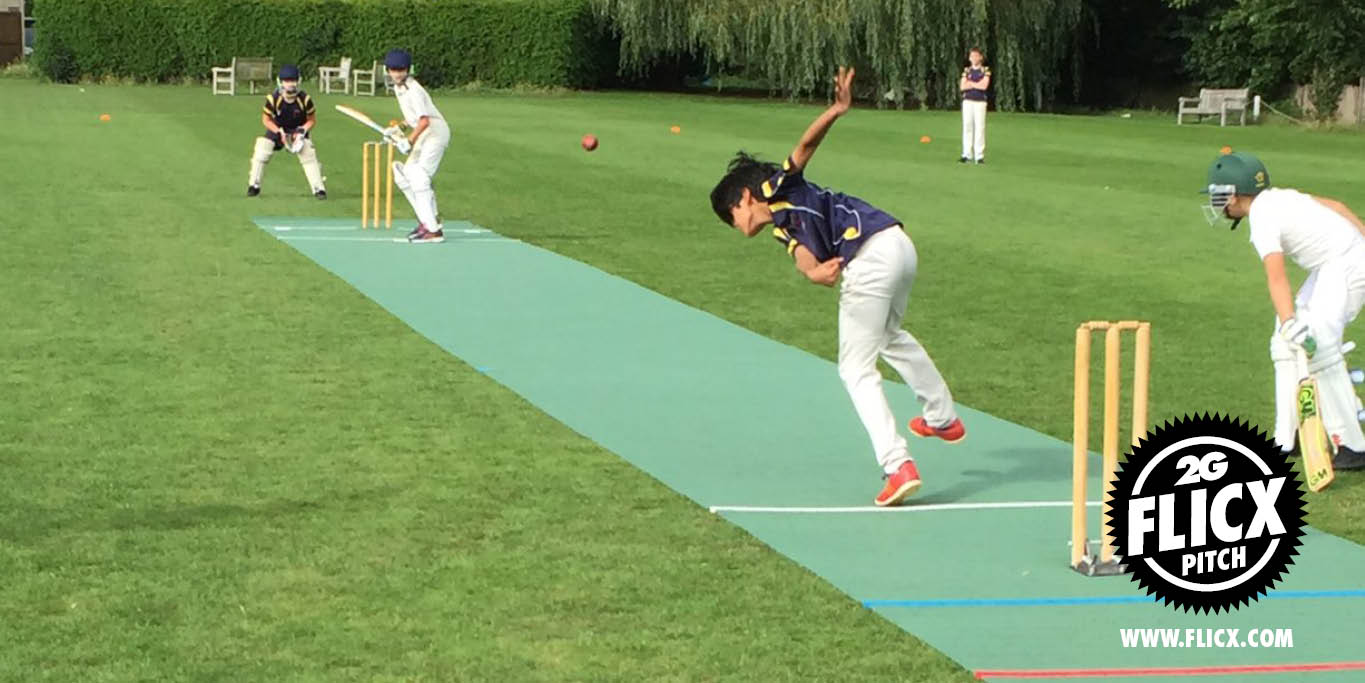 We recently had the opportunity to catch up with Amanda Combes – Junior Secretary, U11 Age Group Lead & Communications Officer – at Beckenham Cricket Club, Kent about how they’re getting on with their 2G Flicx 22.12m Multi-Age Pitches (MAP). As we see out the closing phases of the pandemic, the return of sport and a full summer of cricket ahead,  we hope to see and here from many more cricket clubs using Flicx Pitches to expand and grow the game that we love!

“It has increased our ability to deliver more! When we released pent-up lockdown demand, parents thanked us for putting on more cricket and giving their children a chance to safely exercise, socialise, laugh and play during a tough year.”

“On Thursdays, when we would host 4x matches a day, 2x in the afternoon and 2x in the evening, Parents were able to allow their children to play whilst they continued to work at the Clubhouse or on the boundary, or at home.”

“Amongst the most talented age group players, those playing for the Area or in the County Cricket Pathway, the main focus and need to play on grass wickets has been complemented well by the 2G Flicx Pitches – a good blend for training and development in match situations.”

“Last year [in 2020], we mainly played Pairs and T20 cricket. With trying to involve as many children as we could and where we weren’t putting out selected A or B teams as we were playing internally, the games were very mixed in ability.”

“We paired the players according to ability to bat and bowl against each other – encouraging less experienced players to develop with more experienced players in the same game! I think what we saw last year was a lot of children raising their games by following the examples set by some of their stronger team-mates.”

“We saw a real player-led environment unfurl, where players as young as 10 and 11 years old were ‘coaching’ each other in games. The effect on the Juniors was really, really positive – made possible because of our 2G Flicx Pitches!”

“When I first started to become more involved with the Juniors, I did question whether we had any existing partnerships with local communities and schools.”

With recent conversations it has been “How can Beckenham CC develop some of those relationships and partnerships?” Now they have the resources at the Club to facilitate that with their 2G Flicx Pitches.

“We will reach out to Clubs with fewer resources to come to us to play, as well as local schools. Encouraging and helping local players to prosper, grow and develop; and ultimately grow cricket in the local area!”

“This is now even more doable with being able to transport our Flicx Pitches to play on if a surface is unsuitable or provide a more level playing field if players lack confidence on grass wickets. These plans are yet to happen, but we intend to implement them from 2021 onwards.”

“It has been a tremendous fill up for the Club as you have parents on the grounds, going to the bar, buying snacks and food, using the facilities. With expanding our capacity to deliver to more junior cricket, the ripple effect has been felt Club-wide and created a much-needed buzz!”

“Simply moving onto the Flicx Pitches for the groundsmen to carry out maintenance work on the square or let the grass wickets recover is excellent, as that is a reality for Club Cricket. Sometimes you are unable to play on the square and are left without a usable wicket, the Flicx Pitch is a game-changer!”

“The positive impact [of our 2G Flicx Pitches] to the Club has been huge, with more players and parents at the ground buying drinks and food, lingering on the boundary and increasing the revenue of the Club on a day to day front.”

“When no one was at the Club and playing, there was no added income for the Club. That is ultimately the reason why the Chairman agreed to the investment of another 2G Flicx Pitch, because we said: “We will come and use it to death!” – It was an easy business, as well as participation, decision to make.”

“The alternative for us was to go offsite and hire other cricket facilities locally and set up satellite sessions for the Juniors – which obviously diverts income away from the Club and adds costs to hire pitches elsewhere.”

“We have educated a strong team of parents to use the Flicx Pitch, including transporting it, rolling it out, setting it up and then rolling the pitch up and storing it away correctly! This shows how easy it is to get familiar with how to use a 2G Flicx Pitch!”

“The pitches are housed in our equipment store and are moved no more than 60 metres to where they are rolled out and used. Super easy for parents and even older teenagers to set up!” 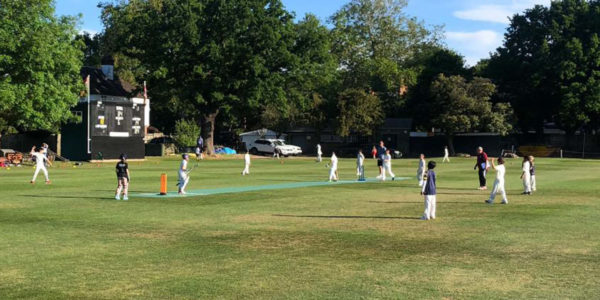 Great chatting to Amanda and we thank her for her time with the interview. Wishing all the Juniors and Seniors at Beckenham Cricket Club all the best for the season ahead!