With the variety of products Flicx offers, cricket at home is catered for all age groups!

For David Redshaw, who has three cricket-mad teenage sons, acquiring a 10m Match Batting End has been a worthwhile investment for his cricket at home set up.

In David’s case, it was on his radar to buy a non-turf cricket pitch for over a year. A glowing recommendation of Flicx from a friend (who bought one last summer), allied with the subsequent limitations of lockdown, provided the nudge to follow suit.

The reason for the Redshaws upgrading their cricket environment at home was partly an absence of practice that replicates life at Littlewick Green CC where they’re well-known.

Previous DIY efforts in the garden hadn’t been entirely successful:

“We had tried mowing the lawn and having a fairly cheap net that we put up that subsequently came down in the first wind storms. Even after rolling the pitch, you’re still not getting a true bounce.”

“The experience we’ve got from Flicx has been really good. The great thing about the pitch is that you literally roll it up and move it to a new area.” https://t.co/pZK3G2I2ZZ pic.twitter.com/2iTicCBuoA

They decided to install a more robust cricket net and the Flicx surface; a senior size half-pitch which means it suits their experience as league cricketers.

David and his sons have been using it for about a month and it’s been given a thumbs-up. Some of the practical benefits too, such as the portability, are time-savers:

“The experience we’ve got from Flicx has been really good. The great thing about the pitch is that you literally roll it up and move it to a new area. It’s very easy to do.”

Another recommendation came in the form of peace of mind from a safety perspective:

“It’s the sort of thing, as a parent, that you can leave your kids comfortably playing on their own. You’re not going to get a ball up around your head or ankles.”

Anyone who has played garden cricket with a hard ball will know it can be a bit of a lottery and as David mentioned, it can put a lot of younger kids off:

“There’s nothing worse in cricket than feeling like you don’t really know where the balls going to go.”

Thankfully, that’s not the case in leafy Berkshire where the younger members of Team Redshaw are on the Flicx pitch regularly:

“They absolutely love it. They’ve got as good as they can hope for now!”

With lockdown imposed, he decided to treat his 7-year-old son, Noah, to a 4 x 1.4m Skills Thrown Down to continue his progression after getting through to trials for North Yorkshire. Noah is 7 and transitioning to hard ball cricket for under-nine trials with a greater emphasis on technique.

More talented and has more shots than I ever had ! pic.twitter.com/1LrbwWsRPM

A key stage to a juniors development is playing on level ground for batting and bowling. Flicx was able to provide an answer to an unlevel garden:

“I didn’t shop around. I knew the mats were really good through using them.”

As a coach, Scott visits clients in their homes (some with Flicx pitches) and sees the need for improving some cricket surfaces around York:

“I do quite a lot of coaching at schools. It’s becoming an increasing problem with the quality of the mats.”

He identified kids tripping over the worn mats, low or uneven bounce and a lack of spin as a few of the drawbacks.

At home, things are rosier and in their 20m garden! Father and son now have mini-games bowling at each other, because they can rely on the surface. They are also able to work on technical areas juniors don’t gravitate to such as back-foot shots.

“I’m working with a couple of Yorkshire age-group junior players on those development points now. They’re at an independent school and are fortunate to have the full-length mat.”

At the time of writing, the ECB had just announced guidelines where clubs could re-open their outdoor facilities, allowing coaches to re-start their programmes with social distancing.

For Scott who runs his own business, All Out Cricket Coaching, he was hugely grateful to Acomb Cricket Club for starting sessions quickly.

Something Scott has been impressed by is the way his new Flicx pitch responds to spin; ideal for Noah and also other juniors who use one either at home or at school.

“In a sports hall, the ball doesn’t really spin that much. It’s something I’ve discussed in my Level 3 coaching course that many kids can’t really play spin well.” 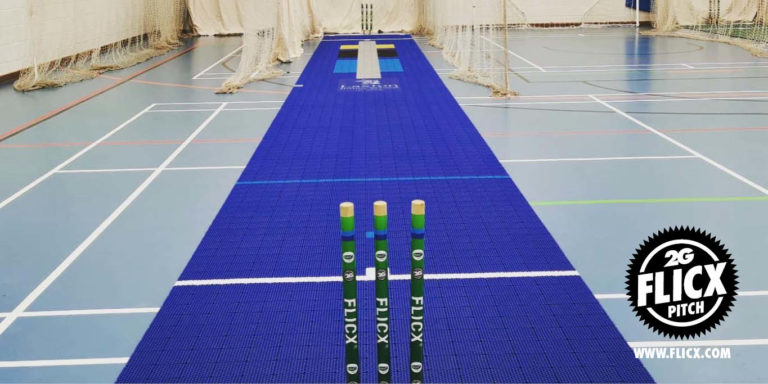 As winter has arrived and the Festive season is in full swing, sees the start…
Learn More 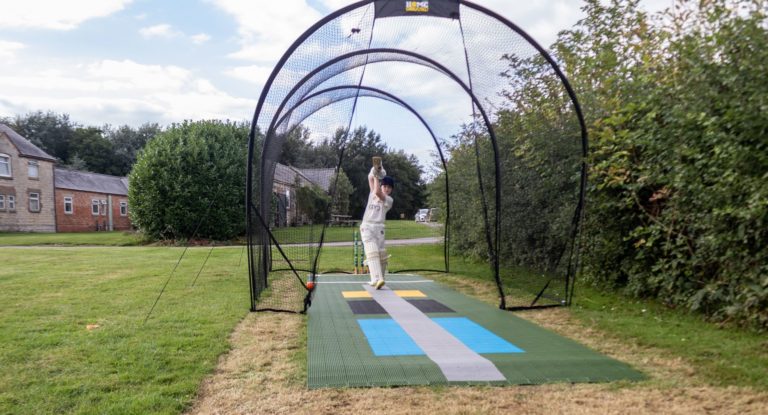 The Flicx Home Cricket Academy – “How does it play??”

In a previous blog post we provided the information needed to build your own Home...
Learn More