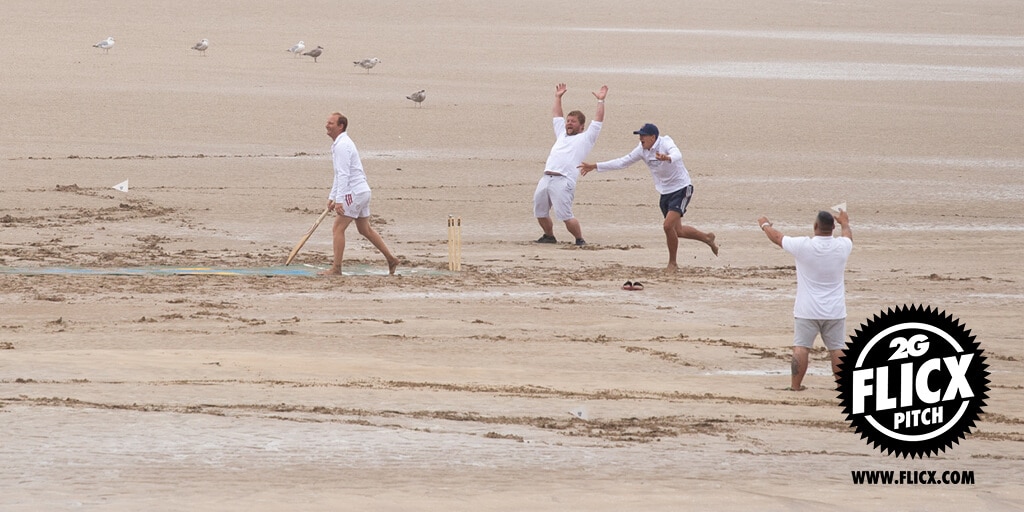 Flicx UK supplied a Beach Cricket Pitch to enable a historic charity match to take place. FOR the first time, last summer, cricket was played on the sandbar in Padstow. The Padstow Town Sand Bar sits between Padstow and Rock and is visible at low tide. Teams and officials were taken out to the Bar by the Padstow to Rock ferry, led by volunteer organiser, Peter Tamblin. Waiting for the tide to drop, then two local teams from the Golden Lion Pub and the Padstow Social Club played.

A hundred onlookers gathered in the Camel Estuary at Padstow on Sunday (August 19) during low tide. The crowd was attracted by a four-hour cricket match, which is believed to have been the first ever on the Cornish sandbar, although a similar match takes place regularly between the islands of Tresco and Bryer on the Isles of Scilly.

The idyllic location is overlooked by former Prime Minster David Cameron’s £2 million holiday home in Trebetherick, and Gordon Ramsey’s £4 million house in Rock. The Padstow event is set to become a staple in the calendar and involved several Cornish teams playing two innings at speed to ensure they were not caught by the tide.

“For the first time that we are aware of, a game of cricket has been played on the Padstow town sandbar at low tide.” said organisers whilst the event was sponsored by the Padstow Brewing Company raising funds for the Fishermans Mission 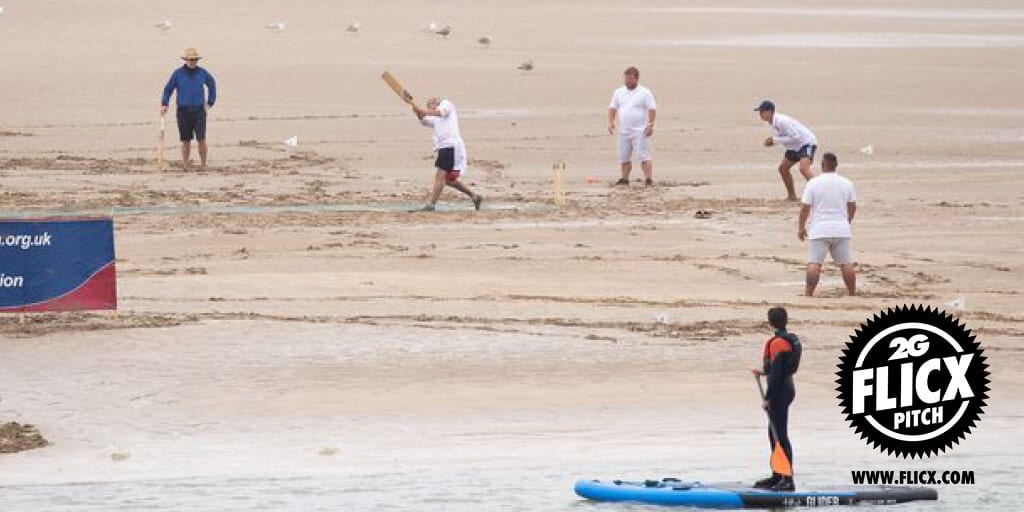 The 2G Flicx Pitch is no stranger to hosting Beach Cricket matches and festivals. Scarborough hosts an annual beach cricket event run by Cricket Yorkshire whilst the Sydney Sixers have a Beach Blast event each year in the build up to the Big Bash. Using a Flicx mat ensures you have a firm, flat surface whilst sponsors can maximise their awareness with branded colourful pitches or shorter batting ends which can be easily rolled up.