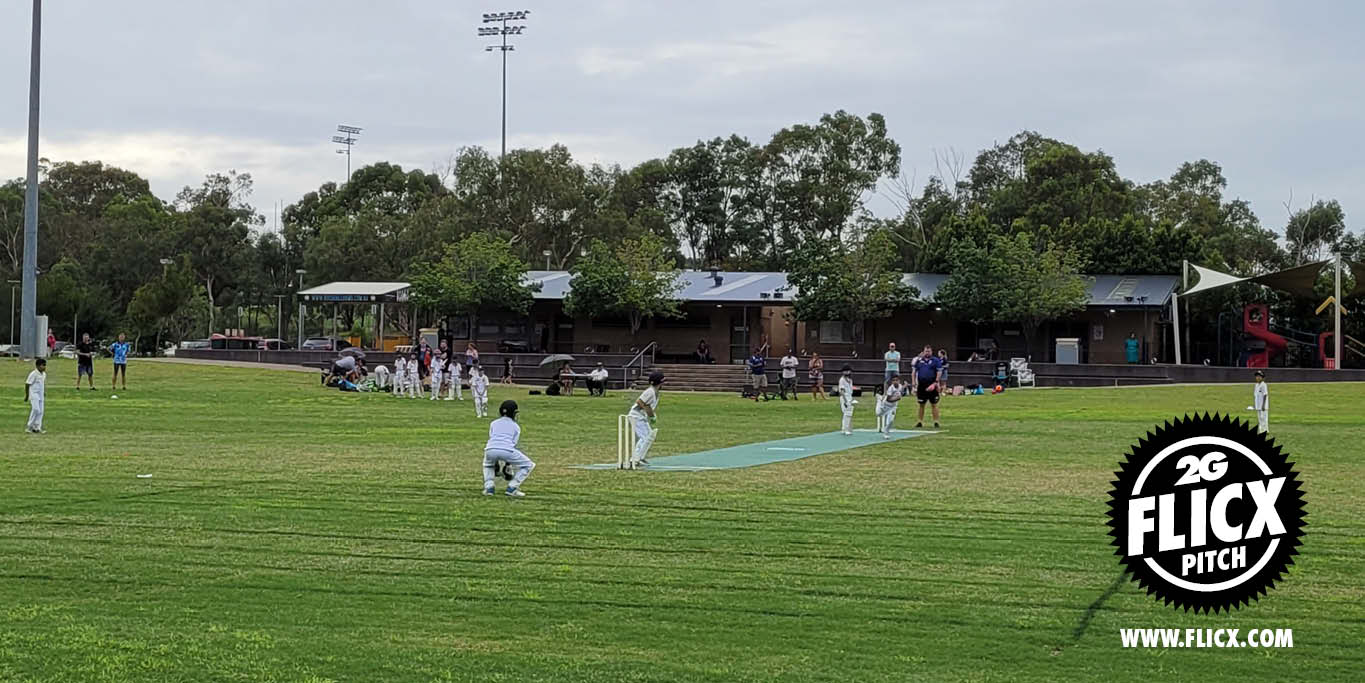 As the 2020/21 season draws to a close in Australia, we have followed up with customers who were able to play on a 2G Flicx Pitch for the first time recently having joined our group purchasing opportunity run in partnership with Cricket Australia. 31 pitches arrived in December and over the past few months clubs and schools have been rolling them out with highly positive feedback creating this new Australian Clubs Flicx Pitch Case Study.

Some clubs including South Perth Junior Cricket Club, who now own 6 Flicx Pitches, were adding to their collection with their key application being to convert local parks into cricketing venues, whereas others including Rouse Hill Rams Cricket Club were purchasing for the first time. The Rams decided on two branded Junior Multi Age Pitches (18.12 x 1.8m with an extra 16m crease in built) with each pitch being supplied in two half pitch batting ends with a Flicx Safety Trolley.

John Kozumplik – President, Rouse Hill Rams Cricket Club checked in with us and shared his experiences so far “The big win for us is that we now have four rather than two teams each week on our home ground and so four of our teams no longer need to travel 45 mins to play a “home game”! The Rams logo branding is looking great & just today the team that were practicing on it for the weekend loved it! The set up with the Flicx Pitch is simple & the club is extremely happy with them”.

One of the pitches most common applications in Australia is converting large ovals into multiple junior pitches with games taking place simultaneously but the proof of a product is always in its performance and John is impressed and notes that players are able to develop their skills as a result “As our 2G Flicx Pitches are narrower & the bounce is slightly lower for the younger age groups, it means that bowlers need to be more accurate & learn to pitch the ball up, while batsmen need to learn how to play with a straight bat rather than playing cross bat. It teaches them the correct techniques.”

“Personally, I am immensely proud to see double the number of teams playing on the field & so many young cricketers having fun! The pitches have created a big home field atmosphere and a hub for the club with the goal now being to open a canteen to run a BBQ & raise funds for the club. It is an exciting future!”

Many and varied applications for the 2G Flicx Pitch

Meanwhile down on Tasmania, Michael Reynolds the Junior Lead at South Hobart Sandy Bay Cricket Club invested in an Extra Length Multi Age Pitch (22.12m) and the club have been utilising the new pitch for matches and training. The same pitch can be used to create additional net bays or rolled out for practice. Other examples would be rolling the pitch over old or worn astro strips to revive their performance whilst as the pitch is suitable for use on any flat, firm surface it can also be taken indoors for pre-season training or also rolled out over synthetic hockey or soccer pitches. Games can take place outside the season under floodlights with no damage to the under surface which is an important consideration for facility owners. 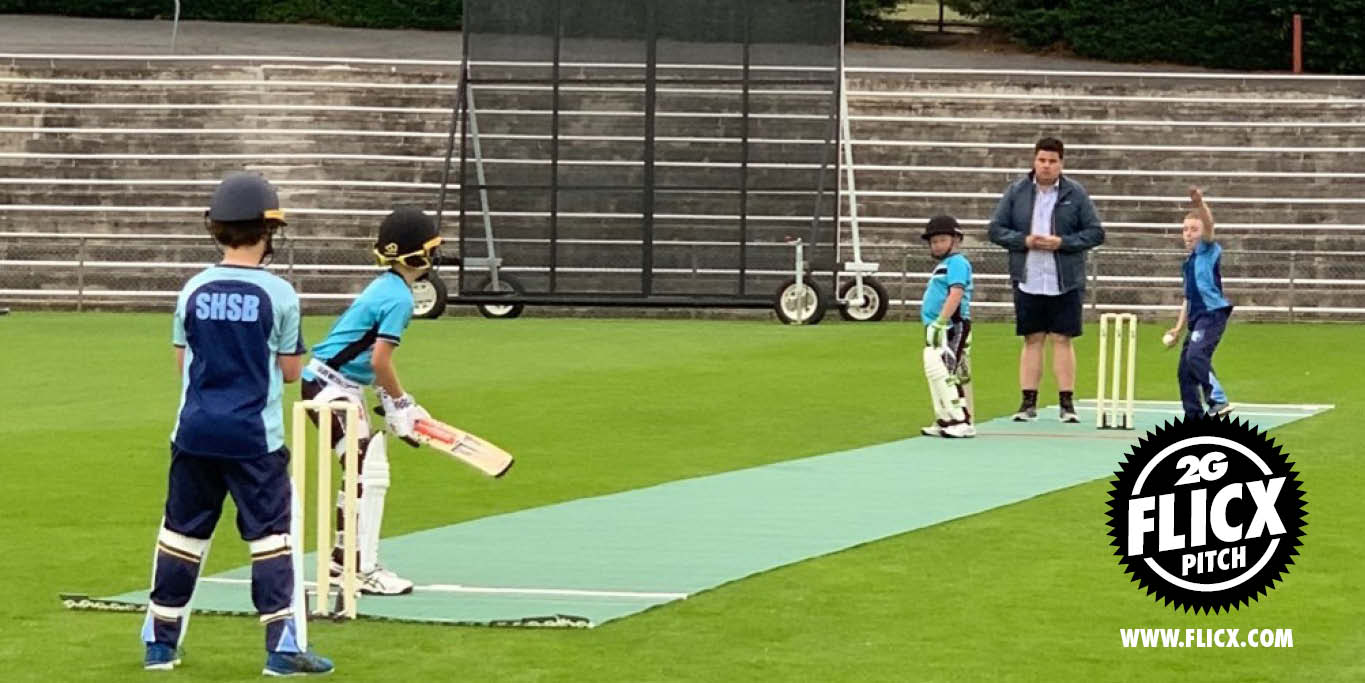 SHSBCC have used their 2G Flicx Pitch for several games and training sessions including the photo which shows stage 1 boys (u12s) playing against another local team.

“It has been hugely successful, and we now have a much better idea of how to maximise its performance. The 2G Flicx Pitch is especially helpful for our junior training sessions as we only have a limited number of net areas. The coaches lay the two halves of the pitch in separate areas and effectively use the pitch as two separate net areas. It has doubled our net practice area, which is great”.

and many other testimonials from councils, state cricket managers and Cricket Australia with this now being the 3rd season of a container of pitches being distributed. Ahead of the new season in Australia, Flicx are already planning for increased interest with stock being planned to arrive in August for pre-season and pitches available “on demand” for clubs and schools without the previous wait for the pitches to ship once the whole group order was finalised. Flicx UK are also making available shorter skills batting ends for training and backyard practice as used by Cricket Mentoring and this will allow keen cricketers to really upgrade their training at home and practice on a pitch offering consistent bounce and a much more realistic experience.

For a bespoke quote or to request a brochure, do visit our Australia landing page www.flicx.com